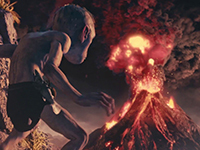 A new publishing deal for The Lord Of The Rings: Gollum is here with us seeing Gollum out there again in 2022 now

This is not the biggest hit given how vague things were before, but it looks like we will have to wait until next year to get our hands on The Lord Of The Rings: Gollum now. Originally the game was given a vague release date of 2021 from Daedalic Entertainment when we had the first announcement. Now it looks like they have teamed up with NACON to bring us The Lord Of The Rings: Gollum the game now and it will take just a bit longer. This does mean it could be as early as January of 2022 so it might not be a huge delay if they were aiming for December of this year in the first place. It is what it is and I just want to see it be the best that it can be.

In addition to this, and maybe why there is a delay, it sounds like The Lord Of The Rings: Gollum will be hitting the PS4 and Xbox One now too. Originally it was listed with only the next-gen systems and PCs in mind but now it looks like it is hitting the consoles in general. It is a distinction to see now even if we do not have more of Gollum to watch walk around and explore the lands out there. That would have been nice to have, sure, yet I have a feeling it will be a few more months before we get new gameplay to take in. One can hope for sooner though.

The Lord Of The Rings: Gollum — Teaser

NACON and Daedalic Entertainment are pleased to announce that they have signed a co-publishing and distribution agreement for the game The Lord Of The Rings: Gollum. Developed for Xbox and PlayStation consoles, Nintendo Switch, and PC, the game will be released in 2022.

The two companies decided to join forces to ensure that the game will meet the expectations of fans of The Lord of the Rings and fully leverage the power of the new generation of consoles. The universe will be faithfully represented thanks to the partnership with Middle-earth Enterprises, the company that holds the adaptation rights to the novel series by J.R.R. Tolkien.

As soon as it was announced in spring 2019, the game generated an enormous amount of attention amongst players and fans, and achieved a high profile through the first video showcase last fall.

The Lord Of The Rings: Gollum is a story-driven action-adventure. Take on a perilous journey as Gollum, chasing the only thing that is precious to him. Climb, leap and sneak your way past dangers or into advantageous spots. Gollum is skillful and sly, but also torn by his split personality. It is up to you to decide whether the darker side of Gollum takes over or if there is a spark of reason left in what once was Sméagol.

Did you forget that this Gollum game was even coming or did you have hopes it was going to be sooner this year? Does it make sense that it will hit the other consoles now or is that just a bad way to phrase things here? Do you think it will be in the early part of 2022 or will it be much later in the year instead? Let us all have those thoughts down in the comments and then feel free to discuss it all too. If there is anything new to offer up for The Lord Of The Rings: Gollum, we will share it all here for you. Please keep checking in for all of that and much more.