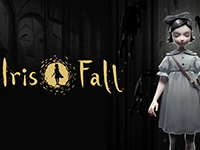 We sit down and review Iris.Fall. A puzzle game all about the light and shadows. Here is our review of Iris.Fall

In a world of fast-paced shooters and gritty adventure games, it is nice to see titles like Iris.Fall have a chance to get out there and shine. Sure, it had its time on the PC a little bit ago, but it felt like it went under the radar for many out there and it is time for NExT Studios to give all of the PlayStation, Xbox, and Switch games a chance to experience what this puzzle game has to offer. This is why we are here yet again to dive into Iris.Fall and give you our review on how the game holds up and managed to handle on the consoles we are all gathering around currently. Sit back and see if it is time to add this one to the list of games in your library.

Iris was having a solid sleep only to awake in a weird place with a black cat in the area. Something guides her to follow this cat into a weird building filled with even weirder things that seem to play with light and shadows. Now she wants to see how far the weirdness goes and catch up to this cat while traversing the shadow and light worlds. All while seeing weird things connecting her to the objects all around. Could this all still be a dream? If you are coming into Iris.Fall hoping to have a fun story that is easy to follow along with, you might want to put a pin in that search. As was obvious above, there is a story to have in the game here but it is presented in a weird way that leaves a whole lot up to interpretation. Sure, that could be part of the fun for games like Iris.Fall, but there were some puzzles in the game that seemed to require some kind of understanding of things when going into them. There was never a gate stopping me due to this, but even if there was a splash text on the screen to help explain even the thoughts in Iris' head it would have helped the game just a bit more. Instead, we are left to ponder and brute force some of the puzzles out there.

Another major issue I kept running into with Iris.Fall had to come to the controls. Both in moving around the environment and then with navigating the menus and options we had for inputting things for puzzles. I had to fully restart a few chapters in the game as the controls were so flighty that Iris would get caught on objects in the game and then leave her unable to move. Mix that in with a need to open the inventory, select the item, hold the control stick towards what you want to place things, then hope to hit the select button again before it jumped back to the inventory; the control scheme just did not feel like it made the perfect leap over. It was never game-breaking but it did leave me with more frustrations with Iris.Fall than I would have liked. In a puzzle game like Iris.Fall is, we should expect there to be fun and challenging puzzles mixed into the game. This is definitely where the game shined as they always felt inspired and fitting for the area we were in. Sometimes they were easy switch puzzles and others memory-based. It never felt like things were repeating in Iris.Fall and offered up some fun challenges. That and, as mentioned, if you did not catch the small clues you could always power through and still make it out without too much more difficulty. They felt like they were designed for all levels of players and not for those who have a degree in enigmas. Kind of the way games should try to be so as to not keep players not wanting to finish the title out of frustration.

Lending to the puzzles, the art style for Iris.Fall was also a nice little extra touch. It felt like its own thing while paying homage to the genres and styles it was obviously inspired by. If the story gives you an Alice In Wonderland vibe, you would be correct and you can see some of this pay off in the art and level design of the game too. All while keeping Iris.Fall feeling original but leaving players an easier chance to catch these little nods along the way. Something other games will just smash you in the head with or hide them so deeply it takes almost a decade for someone to actually catch. It should be needless to say, but this all added to my enjoyment more and never detracted. PC gamers out there have had their chance to play Iris.Fall and it does feel like the controls might have been better on the platform there. They are sticking and a bit of a nuisance in the console version of the game. But, while it would have been nice to have some better story context to the puzzles I was solving, I was still able to get through it all and feel accomplished. Sometimes it was catching the small clue and other times just going at it brute force. Either way, I enjoyed my time with Iris.Fall, even if it was on the shorter side for a game. If you are looking for a solid break from all of the other big titles out there, this one is worth some time with but it will be a one-and-done experience at the end of it all.

Iris.Fall was developed by NExT Studios and published by PM Studios for the PS4, PS5, Xbox One, Xbox Series X, and Switch on January 8th, 2021. A PlayStation copy of the game was provided by the publisher for reviewing purposes.