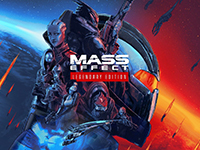 The Mass Effect: Legendary Edition could be bringing us all of the Mass Effect titles again this coming March if listings are true

It looks like it might be possible that we are going to be seeing the Mass Effect: Legendary Edition before the end of March, if all of the listings spotted online turn out to be true. As in, by March 21th we could all be diving back into the three titles out there on the PS4, Xbox One, and PC given that is what is showing up with BioWare still keeping the Spring of 2021 timeline going. It fits in and all of these reports are coming in from some retailers, so it could be the case. It is worth noting for the North American gamers that these are coming in from Asian retailers and this could just mean when they will be getting Mass Effect again with everyone else getting it sooner or later than that. If it all does pan out to be true. Maybe that will be soon with an official announcement or maybe it will be left in the air to allow for work to keep it out of the delays headlines.

For those wondering, this does not seem to be linked to the other Mass Effect teaser that we had a short while ago with the Legendary Edition still being its own thing. Its own thing that will bring the three titles back to us with the upgraded visuals of a remaster and all of the single-player DLC that has been released out there over the course of the Mass Effect run. My guess is to get everyone properly excited for the next big installment to the IP that will bring all of the fans back in after the recent letdown they had to endure. I think we all know which one that is given the fact that it is being left out of this collecting too.

Do you think this is the official date we will see the Mass Effect: Legendary Edition drop out there or will it just be a placeholder that we will see go away in a short amount of time? Do you think that they will force a specific story in this version or will it be as open as we would want from all of the other titles out there? Will this all lead to the announcement of the next big title for the IP or will it just be more money in the developer's pockets? Let us all know down in the comments and then feel free to discuss it all. If we have more for Mass Effect in any form, we will share it all here. Be sure to keep checking in for all of that and much more.