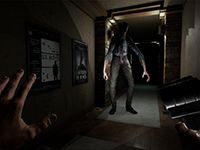 New gameplay for Wraith: The Oblivion — Afterlife is out here with more of the abilities we will have as a Wraith in the World Of Darkness

If, for some reason, you needed some solid reasons to be excited for Wraith: The Oblivion — Afterlife then you will be able to sit back and have them fed right into your eyes here. For the rest of us out there, then get ready to see some new footage from Fast Travel Games for the game here and a little more detail on how this VR title will flow for us. I know I have a whole lot of high hopes for this one as a fan of Wraith in general. Getting to experience it all in a VR setting feels like it will be the best way in general as the rest of the finer details I do not think would generally make it over in the video game space all too well. But I am off topic again…

It is all played up for fun, but in these five new reasons to play Wraith, we get to see some of the abilities we will have to manipulate the physical world and handle some of the issues on the other side. Most of them look like an altered version of the tabletop source, but that was expected given the freeform that offers up. The more interesting parts here, though, are the look at the Spectres and the story that goes along with it all. Given that Wraith: The Oblivion — Afterlife is not taking place in the traditional "haunted house" and we are trying to figure out what happened to ourselves and our wife, it is very fitting. All while trying to dodge the various Spectres out there and trying to figure out how they became the monsters they are now. This is why it does not pay to be a journalist sitting in on a seance.

In early 2021, we will be releasing Wraith: The Oblivion — Afterlife, a VR horror game set in the World Of Darkness that we hope will scare you beyond belief.

Here are 5 reasons why we believe YOU should be excited to enter the world beyond the Shroud. The video also includes the first-ever gameplay footage capture on the Oculus Quest 2!

Were you expecting to see something closer to the tabletop version of Wraith: The Oblivion or does it look like it is being handled well here? Do you think that keeping things modern will pay off when most haunted houses are old manors and generally Victorian? How various do you suspect these Spectres will be and will we be able to fully understand what happened to them while running for our (un)lives? Let us all know down in the comments what you are thinking and then feel free to discuss it all as you wish. If there is more to share for Wraith: The Oblivion — Afterlife, we will definitely have it all here. Just be sure to keep checking in for all of that and much, much more.