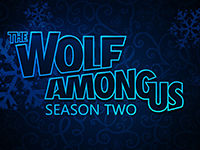 There have been rumors about and gamers wondering what is going on with the second season of The Wolf Among Us and if we will ever see it. Some of which promise we might see something during The Game Awards and others that it is not coming anymore. This has forced the hands of Telltale Games to offer up some kind of answer to it all and if we will ever see a season two of The Wolf Among Us after it was announced a few years ago and before the studio shut down last time. The resounding answer to all of this is, yes it is still coming and that we are going to have to wait a bit longer. Thankfully, there is a little more to it than that but that is the general answer.

Now that we have that out of the way, there is a slight bit more for The Wolf Among Us' second season in the way of it is being developed simultaneously now instead of by each episode. This sounds good for those that almost were screwed over when the studio went under and still had multiple episodes of The Walking Dead left to still develop. It means that as long as one episode comes out we do not have to worry about that situation. It just makes me beg the question of why not just release it as one game and remove the whole episodic aspect for The Wolf Among Us? Keep it all the same length and with branching narratives, but ditch the whole episodic aspect. It seems like an odd thing to do here. Maybe they will and we can be done with this style of video game for a while.

Were you hoping to have a bigger announcement for The Wolf Among Us' second season here or do you just want the game done when it is ready? Are you curious as to why they are still developing in episodes instead of a full game? Will this be the next make or break moment for the studio or will they succeed and be able to get back the IPs that have left their purview? Let us all know what you are thinking down in the comments and then feel free to discuss it all. if there is more for The Wolf Among Us at all, we will have it here. Be sure to keep checking in for all of that and much more.