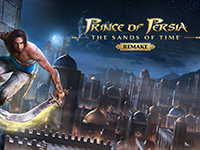 More sad news out there in the world of video games as the Prince Of Persia: The Sands Of Time Remake remake will be hitting us in March now. It will free up some time in January for us to focus on some other titles, sure, but it will have us waiting for this one from Ubisoft. Kind of funny given the fact that Prince Of Persia: The Sands Of Time is all about time manipulation. They just could not manage to manipulate it enough to make it all sooner than March 18th in 2021 now. Not a huge move, but still something that will make us wait for the fun to come back to us all.

You most likely have guessed it by now, this delay for Prince Of Persia is based on the same COVID issues we have had all year. That or at least that is what it is being stated as given the slowdown of working remote for many developers out there. It should give us a better version of the game in the long run, which should make all of those Prince Of Persia fans happy out there. I will take a two-month delay to get a better title out there. Especially given how much fun the original was back in 2003 and how much they have riding on making this one a smash hit out there.

An update from the Prince of Persia: Sands of Time Remake dev team: pic.twitter.com/zKCoJPkzmM

Was it expected to see a delay for this Prince Of Persia or was it one that you thought might make the mark for us? Do you think it is truly the remote work that is causing the slow down or was the game just a bit buggy and this is the easy excuse to have? Could we hope for a whole new title to go along with this here or will it just be to capture the nostalgia again? Let us have all of those thoughts down in the comments and then feel free to discuss it all. If there is more to update for the Prince Of Persia: The Sands Of Time Remake remake, we will have it here. Just be sure to keep checking in here.