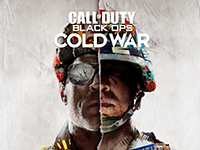 We sit down and review Call Of Duty: Black Ops Cold War. The next in the line will take us to a time that feels redacted. Here is our review of this Call Of Duty

It is that time of year again, and I am not talking about the over-indulging of foodstuffs time, but it is time for the next Call Of Duty title to come out here and keep us all in the hands of Activision just a bit longer. As long as they and the developer of the cycle, Treyarch this time, keep bringing us quality gameplay we will keep playing it all. Now we get to dive back into a version of the game that comes with all of the multiplayer gameplay as usual, but also a solid campaign that will take us into an era that generally is quiet in entertainment. Strap in as it is time for us to bring you our review for Call Of Duty: Black Ops Cold War. At least, the campaign portion of the game as there are so many aspects to dive into for one review.

It is the great year of 1981 and the world is not all fun and games as the 80s are normally shown to be. There is a lot of trouble brewing between the Russians and the United States that could potentially end millions of lives and the world as we know it. Given that never happened in the real world here, we get to see how a small group of soldiers thwarted the evil out there to keep us all going. All through the eyes of some Call Of Duty veterans and our character with the call sign of Bell. Will we be able to stop all of this or will the world end in a weird twist of fate? It is our choice… I am going to have to start off by saying that the campaign for Call Of Duty: Black Ops Cold War is short. It is about nine chapters with a few others peppered in based on how choices and actions go in the story. More on that below. When playing through the campaign, it feels like things are just about starting to get going only for it to come to the final chapter and then end. Almost like it was a long tease of what could have been in there to fully bring the mode back to the Call Of Duty franchise again. That is not to say that it is not fun and one of the more amazing stories in the line, but it felt over way too soon and not because I was getting lost in it all, just that there was so little of it. Even if you did go down all of the side mission paths that were offered out there.

That said, the only other real issue I had with this Call Of Duty over others is that it never felt like it was trying to innovate or push forward with much of the core mechanics of the game. There were some things, which will be below, but when you look at the core loop, it was really a paint by numbers shooting affair. Most of the guns felt about the same and there never really felt like there was a need to switch between unless the narrative dictated so. I managed to use a sniper rifle for way too much of the game than I would have been able to in the past. All while playing on Veteran mode at that. Also, not because I was taking a position from far away to kill everything before moving in, but also while running and gunning in many sections. It would have felt nice to have different weapons feel like they did more than they did. It never broke the game for me but left a bland taste in my mouth along the way. Back to the topic of the story, Call Of Duty: Black Ops Cold War nailed a great story with the limited time we had with it. Not only did they highlight a war that generally is not talked about too much currently, but also dug into some of the aspects that get swept under the rug. Things like the MK-Ultra experiments and various nuclear elements that most forget about or did not know even existed. Mixed in with a little bit of the PTSD and other aspects the military on all sides get to walk away from. It is not the usual staple when it comes to Call Of Duty games, but when it is done in the franchise they always do it well. Nail hit perfectly here and it gives a lot of reason to replay the campaign more than just once.

Not only do we have a great story to experience here in Black Ops Cold War over and over but unlike other Call Of Duty titles, our actions do have an effect on the outcome of it all. Adding in various character traits at the start and then other dialog choices, as well as physical choices to take during the game, can lead to drastically different events taking place. Sometimes it will make scenarios more difficult and other times you can walk right through things. It was interesting to see in here and when you can lock off missions in the story by making a choice or taking an action, it adds to the replay value greatly. Especially when you can go in blind and not know what is truly going on in this Call Of Duty which was done so well in all of the marketing. There is actually a reason to go back besides playing on a harder difficulty here and I am all about having that in my games.

One last thing that sold me on this game has been something that we generally do not see in video games and the Call Of Duty franchise in general. There are a few points in the game that deal with side missions that actually require us to do some real-world cryptography to figure things out. Sure, you can go into things blind or choosing at random but solving what you are given added to the video game fun but also the overall experience of the game. Not only that but each time it is specific for your play-through and can be changed up so there is not a way to look it up easily online. Sure, you can look up how to solve the puzzle but you still have to do the leg work and it brings you closer to being the character and not just a random Call Of Duty soldier as it normally feels. It felt like a bold choice to go with and for me, it paid off and sold the game just a bit more in my eyes. It also added a nice emphasis on intel collecting to solve these things besides just having "collectibles" to find as a replay aspect of the game. It has been so long since we had a good campaign in a Call Of Duty and Black Ops Cold War definitely delivered here. While the game did not do much to advance the franchise in general, they did not break anything that worked in the past. You can read that as it will generally play just as all of the past games have in general. That said, Call Of Duty: Black Ops Cold War does offer up an amazing story to experience and various other features that were underplayed before that make this one of the more engaging stories in some time. Especially when choices and actions fully matter and there are multiple ways to go about events in the story. Also, it was an amazing touch to make the intel matter more than just being a completionist. Even though you could try to guess how to solve some of the cryptography in the game, I cannot fathom the rarity that anyone would be remotely correct without going through the steps. It was never too difficult but difficult enough to give that sense of accomplishment when you solved the problem. I would say it was worth it all just for the campaign but we all know there is much more to the game than just that to make it worth the money.

Call Of Duty: Black Ops Cold War was developed by Treyarch and published by Activision for the PS4, PS5, Xbox One, Xbox Series X, and PC on November 13th, 2020. A PS5 copy of the game was provided by the publisher for reviewing purposes.