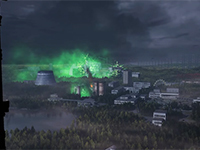 It looks like we have a few more platforms to find Chernobylite when it finally launches in its final form. It is currently out there on the PC via Steam in an Early access, but it looks like The Farm 51 was able to get some extra help to get the game published on more than that. We heard that Chernobylite was going to be on the PS4 and Xbox One when it does come in 2021, but now it looks like the aim is to get it fully on the PS5 and Xbox Series X too. Not via a basic upgrade but in a full version of the game. Not a huge surprise here, but nice to know for certain if this was on your radar before now.

In addition to this announcement for Chernobylite, we also have a bit more of the gameplay to look at in some of its current glory. Sure, we could have seen some of this from those out there streaming the Early Access but I have a feeling this is closer to what the development team has in their hands and not the Early Access gamers. It is also one of the first times we have seen some of the crafting and exploring in Chernobylite in their promotions. Something that looks to be just as fun as the running and gunning from the shadows out there. Have a look at it all now and get ready to see the game over on the other platforms in the future.

All In! Games has announced a new partnership with The Farm 51, bringing another dimension of resources to the distribution of Chernobylite on consoles.

Chernobylite is available now on Steam in Early Access and on GOG in Games in Development. The game will be published by All In! Games and launch in 2021 on current-gen and next-gen consoles.

Thanks to the cooperation, the game will utilize many more distribution channels (including streaming platforms) and will be professionally localized in more languages than originally planned.

Is it a surprise to know that Chernobylite will be hitting all of the platforms now or should it be expected in many cases right now? What do you think will be the main differences between the systems or will it just be the basic port most of think it will be? When do you suspect that we will see the game hit the final version of it all? Let us all know down in the comments what you are thinking and then feel free to discuss it all. If there is more for Chernobylite, we will share it all here. Just be sure to keep checking back here for all of that and much more.