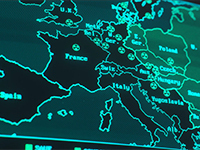 The launch trailer for Call Of Duty: Black Ops Cold War is here to help us all usher in the next big Call Of Duty title

It seems a little premature, but here we go with the launch trailer for Call Of Duty: Black Ops Cold War well before it will be out there for the masses. The release date is still set for November 13th, so do not think that you missed something or Treyarch was trying to sneak it out there early. We just have the launch trailer here well in advance so we can see one more final thing before we will be enjoying the latest that the Call Of Duty franchise has to offer us. In terms of a fully new title for those that are still enjoying everything that Warzone and the other titles recently have had to offer. We will not forget those here at all.

As to be expected here, it does not show off to much of the live gameplay we would want to see for Call Of Duty, but it does give us a few more looks at the campaign we will be fighting our way through. For some of us, myself included, this is the bigger part of the franchise. More so since they are going into a generally under talked about part of history and giving us a bit of a look at it. Sure, it will be skewed a bit to better work into a Call Of Duty title, but it will be something that many have been looking to experience for a while. That is if you are not a multiplayer only player and can truly love everything that the franchise has to offer besides virtual paintball…

Black Ops is back.

1981. The Cold War is at its peak. World powers grapple for control and a hidden threat looms. In Call Of Duty: Black Ops Cold War, players will engage in deniable operations, fighting the battles that never happened to stop a conspiracy decades in the making.

A mind-bending single-player Campaign awaits, with Black Ops protagonists Alex Mason, Frank Woods, and Jason Hudson teaming up with an all-new crew to track down a mysterious enemy known only as Perseus.

In the next generation of Black Ops Multiplayer, travel the globe from the deserts of Angola to the frigid Black Sea in a fully-connected, cross-play experience including 6v6, 12v12, and 40-player Fireteam battles.

And an all-new Zombies co-op experience awaits you and your squad in the debut of the Dark Aether story, "Die Maschine." As you join forces with a CIA-backed international response team known as Requiem, the secrets of a horrifying WWII-era experiment will threaten the balance of the global order.

Are you fully ready for Call Of Duty: Black Ops Cold War to hit us all or did you want silence until the big day hits us? Do you think that this campaign will stand out as a few others in the past have or will it get ignored by many gamers out there just to be able to go into multiplayer? What other major conflicts in the world would you like to see the franchise go into? Let us have all of those thoughts and more down in the comments and then feel free to discuss it all as you wish. If there is more to share for Call Of Duty: Black Ops Cold War before launch, we will share it all here. Just be sure to keep checking back for all of that and much more.