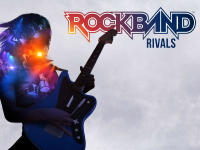 It has been confirmed that Rock Band 4, its DLC and all of the current-gen Rock Band instruments will be going next-gen

It was known that Rock Band 4 was going to be making the jump into the next-gen realm for a bit now as it has been left off the list of games that would not be hitting the PS5 and Xbox Series X. Those lists are generally so short now that it seems odd to state when games will be making the leap over via an update or backward compatibility. When it comes to this one, there is a bit more to take in as there are years of DLC and controllers that we have spent money on and it would be nice to know if we can keep the Rock Band fun going after the next-gen systems hit. Thankfully, we now have an answer to all of that here from Harmonix as to what will also be making the leap over so we can all keep rocking.

As it turns out, it looks like everything that was working for the PS4 and Xbox One version of Rock Band 4 will also be working on these new systems. DLC and instruments for the most part. It does look like it will be only the officially licensed instruments for the game that they can guarantee will be usable on the next-gen systems, but that is still a rather big thing to know moving forward. Even if there will be a few extra steps to get all of that Rock Band DLC added onto the new systems at launch. There are multiple ways to do that besides just downloading it all, but it does sound like a basic hard drive transfer or cloud saving that was assumed to be the case.

Here's the good news you've all been waiting for. You'll be able to enjoy Rock Band 4, all of your DLC, and your current-gen working instruments on next-gen systems. Learn more on our blog: https://t.co/jxpV6jlPKB pic.twitter.com/CMnkiIs9Ug

Did you expect to see all of your Rock Band stuff make the jump to next-gen or did you think you would have to buy it all again? Do you think we will see a new edition of the game after the new systems are out there or will it just be more DLC to keep the smaller bases going? Do you think this might lead to a resurgence of the rhythm genre or has it had its time and ready to leave it all in the past? Let us all know down in the comments and then feel free to discuss it all. If there is more for Rock Band 4 and the next-gen systems, we will share it all here. Just be sure to keep checking in for all of that and much more.