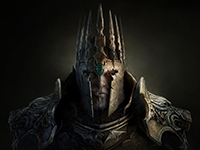 The announcement for King Arthur: Knight’s Tale is here to bring us more of the legend of King Arthur in a turn-based setting

Here we go with a fun new announcement, as we have King Arthur: Knight’s Tale kicking off and aiming for the PS5, Xbox Series X, and PC if it is able to get fully completed. This means that we are seeing another fun title go the path of Kickstarter here and NeocoreGames is looking for funds to complete it all right now. Not a bad way to go with many out there looking for a new way to experience the King Arthur legend and this one giving us a dark turn-based title. Even if there is some competition in that arena right now, this one does look like it could be taking things by storm with just this announcement. One that was not fully expected by myself and many others out there.

Obviously, this will follow some of the main stories from the legends of King Arthur or it would not be named that way, but it does look like it will offer up some interesting twists to it all. Like the fact that we will be able to upgrade and interact with each of the knights. Something that could lead to them turning on us during the story if things go south. We will also be able to play as Sir Mordred here who will also have his own knightly quests to go through that may or may not bring him closer to King Arthur after being a thorn in the side for so long. I am sure that those fully up on the Arthurian mythology will have something to say about that here, but it could make for a great gaming experience. Also, given that there will be permadeath during our plays, it will be nice to have more options than those we already know so well.

NeocoreGames is proud to announce King Arthur: Knight’s Tale, along with the launch of its crowdfunding campaign on Kickstarter, starting today.

Based on the Arthurian mythology, King Arthur: Knight’s Tale is a turn-based tactical role-playing game — a unique hybrid between turn-based tactical games and traditional, character-centric RPGs. King Arthur: Knight’s Tale is a modern retelling of a classic Arthurian mythology story filtered through the dark fantasy tropes, a twist on the traditional tales of chivalry.

What hot takes do you have on all of this and how it will fit into the legends of King Arthur? Do you like having the permadeath options here and will that make the game unplayable at certain points if we make very bad choices? Do you suspect we will see more of the mythology added in overtime or will it be a twisting of things as the game carries forward to a launch? Let us all know down in the comments and then feel free to discuss it all. If there is more for King Arthur: Knight’s Tale, we will add it to the site for you. Just be sure to keep checking in for all of that and much more.