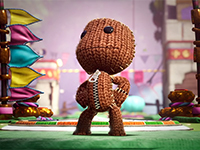 We have a new story trailer for Sackboy: A Big Adventure to help highlight how Sackboy is going to be the Knitted Knight we need

Sackboy has gone through a whole lot since he first came on the scene in LittleBigPlanet. Not only in the crazy worlds we build to torment him and his friends in, but also in the way of the various story campaigns in those games that have come out over the years. We are just about a month out from Sackboy: A Big Adventure dropping on the PS4 and PS5, so it is about time to see what Sumo Digital is going to put this little guy through yet again here. It does look like it will be more focused on that aspect of the traditional setting of the game than the building and dreaming sections we have normally seen in these titles.

It looks like we are going to be joining Sackboy and crew on another epic story here after seeing that a near-mythical character named Vex has kidnapped his friends out there. My guess is the named characters and not the friends we will be able to play with. We much head out there and make our way through Craftworld to face off with Vex and save everything as we know it. If not, then Sackboy is just going to be a sad boy skulking around without anything. That or unraveled into nothingness. Thankfully, this new trailer gives us something to be hopeful for as we wait to join this fun on November 12th here.

The dastardly Vex (a near-mythical being born of chaos and fear, no less) kidnaps Sackboy’s friends and forces them to build his Topsy Turver.

This most deadly diabolical device will transform Craftworld from a fantastical land of pure imagination and innocent dreams… into a torrid, barren eyesore of nightmares. Ooh the fiend!

But legend tells of a prophecy from deep within the ancient order of the Knitted Knights, Craftworld’s legendary protectors. For only the brave, fearless, chivalrous and, yes, gallant can save the day in an almost too dramatic for words race against time stuffed with danger and peril. So much peril.

Set off alone or with your bravest friends on a whirlwind of capers across the snowiest mountains, the leafiest jungles, the wettest underwater realms and the, uh, spaciest of space colonies.

Take down Vex. Save the sack-folk. Save the day. It’s time to fulfill your destiny, Sackboy. From woolly wonderkid and hessian hero… rise our Knitted Knight.

Does all of this look and sound like fun for us and Sackboy or will it be the traditional hero's story with all of the stylized worlds to go through? Do you think we will see different friends pop up since the main ones are captive or will it only be our online and couch friends that join the adventure? Do you think this will build into something larger for the character or will it always be a way for PlayStation to hold onto a fun little mascot? Let the world and all of us know what you think down in the comments and then feel free to discuss it all. If there is more for Sackboy: A Big Adventure, we will share it on the site for you. Please keep checking in for that and more.