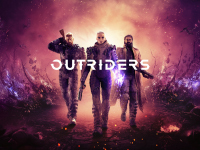 It looks like we are not going to be seeing Outriders out this year for the PS4, PS5, Xbox One, Xbox Series X, or PC. Not that we had it solidly on any lists of titles that were supposed to be out there for us to enjoy during this year, but I know it was a hope I was having for People Can Fly to deliver us. Thankfully, though, it looks like the wait is not going to be that far off as we now have confirmation that we will be seeing Outriders out there on February 2nd in 2021. That is barring any unforeseen delays that could still happen, but it is the date we can mark down for certain right now. I am sure we will have a whole lot to play to help pass the time of it all, so it is not the biggest of deals to have here.

Now that we know the date for Outriders, it might also be a good time to take a look at how we are going to handle the game during the generation shift for systems too. That and have a look at the big trailer telling us this date. You can see that below before you try to figure out which generation you will be playing the game on. For those on the fence still, it looks like we will see a free update that will help bridge the game from current to next-gen but with the caveat that you will need to have a system that has a disk drive if you do pick up Outriders in the physical form. This is something that has been missing from many of those other upgrade announcements but easy to assume will be the case for all of those upgrading titles. Just be sure to pre-order or order the game with all of that in mind so you are not needing to purchase the full game a second time.

Square Enix is excited to announce that Outriders, the RPG-Shooter where survival demands aggression, from People Can Fly, the developers of Gears Of War: Judgment and Bulletstorm, and Square Enix External Studios, the minds behind Sleeping Dogs and Just Cause, will be releasing on February 2nd, 2021.

Outriders will feature full cross-play compatibility across all formats, meaning players across PS4, PS5, Xbox One, Xbox Series X|S, PC and Stadia will be able to play together regardless of what platform they are on.

Players who purchase Outriders on current-gen consoles will be able to upgrade from PlayStation 4 to PlayStation 5 for free. Players can also upgrade from Xbox One to Xbox Series X|S for free with Smart Delivery.

Were you hoping to see Outriders before the end of the year or does this fall in line with were you expecting the release to drop? Is it curious that we have that verbiage directly here for the update while many other titles have left that off for now? Are you also glad to see that no matter which platform you are playing on that you will be able to play with the entire pool of gamers and not small subsections as we have seen too many times before? Let us all know down in the comments what you are thinking and then feel free to discuss it all. If there is more for Outriders, we will share it all on the site for you. Just be sure to keep coming back here for all of that and more.