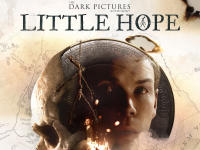 New developer diaries are here for The Dark Pictures: Little Hope to show how the motion capture team is bringing Little Hope further to life

October 30th is just around the corner at this point and we will get to kick back with some friend, maybe, and give The Dark Pictures: Little Hope a nice little playthrough on the PS4, Xbox One, or PC. Sure, we do not need to be in the same location to give that a try but that is what the Movie Night function is for here. That is not why we are here, though, as we have more to look at on how Supermassive Games is crafting this fun narrative and some of the technology going into it. Specifically the motion capture here for Little Hope and not the vast tree logic that the programmers have placed in there. That might be a bit more on the boring side if that was the case.

Anyway, here we go with two more developer diaries on how they are capturing the characters for Little Hope and I will say that it is a little surprising to me. Generally when we look at motion capture it is the voice actor in a suit giving the full performance for the team to then digitize. As it looks here, that is not fully the case and not just for the more dangerous stunts that need to be pulled off. I get that we would not want to use the main actors for being thrown off a ledge onto some soft foam, but in Little Hope it looks like there are two different teams to even cover the basic motion and running in the game. Interesting to see here and I am curious if that has more to do with filming schedules or the pandemic over the basic safety needs. It is still fun to watch grown actors going into "kid mode" in general though. The way it should be all the time when making games.

“Each day is completely different, you walk in and it's ‘today you’re running from a monster in the woods’”

Take an exclusive look on location at Pinewood Studios, where much of the motion capture for The Dark Pictures: Little Hope was shot!

With no set or props to rely on, how do you make the horror feel real?

Watch how the talented actors tapped into their imagination to bring the characters of Little Hope to life.

Are you surprised to see that even basic animations and motion were passed off to the stunt actors here for Little Hope or do you think that was for different reasons than assumed? How hard do you think it is to not only play three different characters but also the different variations that scenes can play out? Do you like hearing that the same team was also brought in to play all of the demons and monsters too or could that skew performances a bit in the long run? Give us those thoughts down in the comments and then feel free to discuss it all. If there is more for The Dark Pictures: Little Hope, you know we will have it all here. Just be sure to keep checking back in for all of that and more.