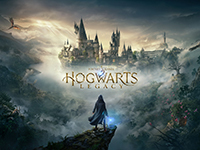 We will be going back into the Wizarding World soon with the announcement of Hogwarts Legacy for the PS4, PS5, Xbox One, Xbox Series X, and PC next year. This is a new single-player action-RPG set in the universe and brought to us from Avalanche Software to try to get us further into it all. Just the perfect thing for those that have been missing out on Hogwarts for a while now and want to see how it gained all of the popularity that it did. Even if it might have been fun to head to any of the other schools in the world that was set forth. I know we will all take it and have our fun nonetheless.

If you are thinking you are going to be getting all of the things you love from the books and films, take note that this will be a Hogwarts in the late 1800s instead of the settings we have seen more or less so far. Most likely this is to make sure we have a unique story that does not need to rely on anything set down. Sure, we will see some of the other aspects we have wondered for Hogwarts thus far, hence the Legacy, but we can skip over a bit of the set things. Maybe this will be what we all want as of late but maybe we will be missing something in the long run. Either way, have a look at the tease we have here and get ready to wait a bit more.

Warner Bros. Games today announced Hogwarts Legacy, an open-world, single-player, action role-playing videogame (RPG) set in the 1800s wizarding world. Players will experience life as a student at Hogwarts School of Witchcraft and Wizardry like never before, as they live the unwritten and embark on a dangerous journey to uncover a hidden truth of the wizarding world. Developed by Avalanche and published by Warner Bros. Games under the Portkey Games label, Hogwarts Legacy will release in 2021 for PlayStation 5, PlayStation 4, PlayStation 4 Pro, Xbox Series X, Xbox Series S, Xbox One consoles, and PC.

Hogwarts Legacy is filled with immersive magic, putting players at the center of their adventure to become the witch or wizard they choose to be. They will grow their character’s abilities as they master powerful spells, hone combat skills, and select companions to help them face off against deadly enemies. Players will also encounter missions and scenarios that will pose difficult choices and determine what they stand for.

As the climactic story begins, players grow their magical abilities by mastering spells, brewing potions, and taming fantastic beasts. Along the way, they will uncover an expansive world filled with perilous dangers tied to the wizarding world’s long-forgotten past and an unusual ability that only they possess. The open-world journey takes players beyond Hogwarts to new and familiar wizarding world locations including the Forbidden Forest and Hogsmeade Village.

Have you been aching to get back into Hogwarts and the Wizarding World or have you been over it for a while? Do you think that the setting was selected to keep us away from the set things out there or will it just build on it all? How deep of a creation process will we have here or will we be playing as a set character here? Let us know what you are thinking down in the comments and then feel free to discuss it all. If we get more for Hogwarts Legacy, we will share it all here. Just keep checking back for all of that and more.