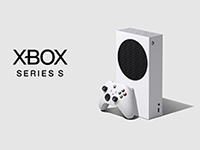 Leave it to those digging around for things to out the official announcement for the Xbox Series S well before we even have the final stuff for the Series X. It looks like all of those leaks out there were true and we are getting a smaller and digital-only version of the console this holiday season. Well, a little before that as it looks like these two Xbox consoles will be coming to us on November 10th as of the last official word. Granted, this is only officially labeled for the Series S but it makes sense that we would see both versions of the console on the same day. Although it is weird we have confirmation that the Series S will be $299 USD while the price for the Series X is still being speculated…

No matter the case, the Xbox Series S is coming and will be physically 60% smaller than the Series X. To accommodate this, it looks like this will be a digital-only system with 512GB of storage, a bit less on the Memory side (10GB), and the graphics card dropped a bit lower (1.55 GHz). This is all that is being listed as coming out of the system besides the optical drive not being in there taking up space too. All kind of interesting when it boils down that the Xbox Series S will have slightly less storage and the lack of 8K resolution output. Not a bad choice for all of those gamers making the push for this kind of system and trying to save some money. The current speculation being that the Series X will cost about $200 USD more but that is still yet to be official.

Introducing Xbox Series S. Next-gen performance in the smallest Xbox ever. Experience the speed and performance of a next-gen, all-digital console at an accessible price point: $299 (ERP).

🔎 In our smallest Xbox ever

Do you think that the Xbox Series S has been one of the less guarded secrets and should have been offered up from the start or do you think it was wise to hold out like this? Do you think it is a safe bet that the Series X will cost about $200 USD more or could we have a surprise that it is vastly different in cost? Do you think anything else has been pulled to make this system the size it is or will we find out more along the way? Let us all know down in the comments and then feel free to discuss it all as you wish. If and when we have more to share for the Xbox Series consoles, we will have it all here. Just be sure to keep checking in for that and much more.