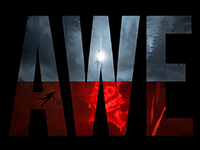 The next big expansion for Control is coming to us all on August 27th for the PS4, Xbox One, and PC. This is something we know, as well as the fact that it will tie into one of Remedy's other big IPs from the years passed. Not all of those gamers out there will get the link due to exclusivity of the other title, but we will get to see it a bit more here in Control. That one being Alan Wake and all of the weirdness that game brought us back then. Well, and still is given how it is building up this universe and will most likely play a larger role for the developer in the future.

A good portion of this can all be seen below in the nice long gameplay video we have for this Control expansion. Almost eighteen minutes of gameplay to take in with a few little scenes mixed in. All of which is supposed to be from the early part of the expansion's story. All well and good, but the part I want to focus on so I can still be surprised is the fact that the Light and Shadow aspects of Alan Wake will be used in Control now. Doors will be blocked and only light will unlock. It also looks like the longer we are in specific darkness we will see our energy and powers drain out a bit. A nice little touch here that will keep us always in the light.

AWE, the second expansion to Control, is launching later this month on August 27 across Epic Games Store, PlayStation 4, and Xbox One. On August 13, we gave our community the opportunity to check out the first 15 minutes of AWE in Remedy Entertainment's latest live stream. Missed out? Check out the video above.

Are you just as excited as I am to get more for Control and do you like the fact we are seeing this other IP mixed in as deep as it is? Do you think this will lead to other titles in their list to have more than an Easter Egg or small cameo? Does it matter for those gamers out there that did not have a chance to give Alan Wake a play with all of this being new and alien to them? Let us all know down in the comments and then feel free to discuss it all. If there is more for Control, we will obviously have it all up on the site for you. Be sure to keep checking in for all of that.