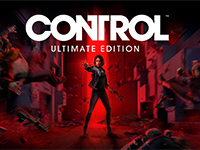 So many have had a chance to play Control so far and with all of the DLC and updates that have come since launch. That is, at least those on the PS4, Xbox One, and PC not using Steam. It is an amazing game with a whole lot of fun content that holds up to the Remedy standards as I see it. Sadly, when you look at that list before, there are a lot of gamers out there that may have missed out on Control the first time around. This is why we are getting an Ultimate Edition so that those Steam gamers can join in now and those that did not get the full package will have access to all of that DLC too. Oh, and those that are holding out until the PS5 and Xbox Series X will have the option to dive into it all as well when those systems launch.

As you can assume here, the Ultimate Edition of Control houses the game and all the DLC with the usual updates we have had thus far. It is nice and will get you started off right. Thankfully, this announcement also comes with the addition that we will see a FREE update for Control when the next-gen systems launch so you can own the game already or pick up the Ultimate Edition when it launches and still be able to play it on the newer systems. I think that Control is worth your time right now as it is a great escape from the world, so it might be worth not waiting. Just know that if you do wait, you will not have to purchase anything further to get the full experience the rest of us have.

We’re excited to unveil Control Ultimate Edition, the complete Control package (featuring The Foundation and AWE expansions) coming to current gen and next gen consoles, as well as PC. And when we say PC, yes, we’re also talking about Steam! Our community have been keen to know more about the Steam edition of Control for some time now, so we’re thrilled to finally be able to talk about it. Check out the trailer above as well as a handy little FAQ guide. We know many of you will have additional questions and we’ll look to cover them in a future blog.

What is Control Ultimate Edition?

Which platforms will Control Ultimate Edition be launching on?

What are the release dates for Control Ultimate Edition on all platforms?

Have you already picked up and enjoyed Control or will you be getting it in this new form here? Did you expect it to hit the other PC platforms here after the exclusivity issues from before or is that a little shock for you? Do you think that we will get the update on day one of the consoles launching or will we have to wait a bit to get all of that after launch? Let us all know down in the comments and then feel free to discuss it all. If there is more to share for Control, we will have it all here. Just be sure to keep checking in for all of that and much more.