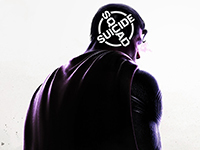 It is always nice when rumors get debunked only to prove other ones are real, as now we have a tease that a Suicide Squad game is on the way. On the way and coming from none other than Rocksteady Games. The ones that did Batman so well and were rumored to be working on a Superman title after they concluded that franchise. It looks like that one is the one that is debunked given that this word comes from an official Suicide Squad social account and the main Rocksteady one as well. Unless this is some huge viral marketing for the new film. Something we are going to have to wait a few weeks for given that we will get to know more on August 22nd during the DC Fan Dome event.

Sadly, this is everything we know for this Suicide Squad title as you can see the whole announcement and poster just below. The interesting thing being that it looks like the target is Sups here for the squad. Maybe this means that he has been turned in the game's universe and they need the Suicide Squad to head in and take care of this threat that could end everything. It would make sense in terms of a story as well as show off why we had all of those rumors for a Superman game before. I know I am overly excited to see what is going to come of this. As long as it does not turn into a film tie-in somehow.

Are you excited to see that Suicide Squad is coming to us in a game form and from Rocksteady? Do you think that this all points to the fact that Superman or the Justice League could be the "villains" of it all? Do you think this will tie into the Arkham titles outside of the obvious bits? Let us all know down in the comments and then feel free to discuss it all as you wish. If there is more for Suicide Squad, and we know there will be, it will be added to the site for everyone. Just be sure to keep checking in for all of that and more.