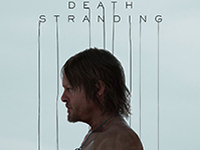 The day is finally upon us and those holding out to play Death Stranding on the PC will have their chance. Pretty much as you are reading this, you will have a chance to see what the PS4 gamers had to experience from Kojima Productions that weirdly emulated the current state of the world we are all in. A bit of a different degree given where Death Stranding goes to, but still a bunch of humans bunkered down and relying on delivery people to keep them all alive. Seems a bit to spot on, but we can all see what we want to see in our entertainment and such.

That all said, if you were still a hold out for Death Stranding, we have the final trailer for the game to get you onboard for the PC release. This also shows us the few differences that will be coming to the PC over the console due to limitations. That and a few features that will be added into the consoles later on via a free patch. Either way, it is a good reminder that you can pick up Death Stranding on the PC right now and see what the hype was all about. It is still one of my top games for the year, so you can take that as you wish too.

Have you been holding off for Death Stranding to finally hit the PC or did you have a chance to go through it already on the PS4? Do you think having the new features will be something to sell more on this weird game and story? Do you still secretly think that Kojima could see the future and based his title on it all? Let us all know down in the comments and then feel free to discuss it all. If there is more to share for Death Stranding, we will share it all here. Just keep coming back to see and hear all of that.