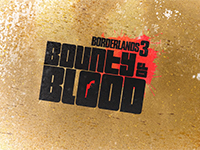 If you wanted more campaign in your Borderlands 3, then you now have the chance to add more campaign to your game. That is, the latest DLC for the game has been released out there by Gearbox for us all to enjoy if we so want to on the PS4, Xbox One, and PC. It will require an extra purchase of things if you did not already throw down for the Borderlands 3 Season Pass of content, but we already know all those hardcore fans have done so if they had the funds to do it. Even most of those non-hardcore fans most likely have as well. Either way, the DLC is out there and we have a nice little bit to look at before diving in.

This new DLC, Bounty Of Blood, will have us in more of a western feel than before in Borderlands. Sure, the core of the game feels like a space western but this one gives us more of that with the look and feel of skins and other additions to the game. Also more of the traversal on Gehenna and the whole new cast of characters we will be helping or shooting in the face. All in the normal Borderlands way as well. Just about what we would expect here and will most likely demand way more of as we press forward with all of these titles. Have a look and get ready to download a bit more for the game.

Bounty Of Blood, the latest Borderlands 3 campaign DLC, is out now! Grab your six-shooter - or whatever fancy guns you Vault Hunters carry these days - and go put those damned Devil Riders in the ground!

Are you fully ready to head back into the Borderlands with this DLC or did you need a break from it for a bit? Do you think this feels more "western" than before in the franchise or is it all about on par? Do you even care about all of that and just want all of the fat loot we can normally swag from all of this? Let us all know down in the comments what you are thinking and then feel free to discuss it all. When there is more for Borderlands 3, or the franchise in general, we will have it up on the site. Just be sure to keep coming back for all of that and much more.