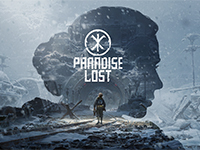 A new post-apocalypse game, Paradise Lost, is announced to have us walk through a world for the Paradise Lost is during WWII

We get to add one more post-apocalypse title to add in the mix with the announcement of Paradise Lost coming to the PC. This new title is coming from PolyAmorous and All In! Games to take us through a world that haS been blown to hell by nuclear weapons during World War II. Yes, Paradise Lost is an alt-history title where everyone went crazy dropping bombs and brought humanity to pretty much extinction. As they are all want to do. Thankfully, it was not some other style of world-ending event that would have been a bit more on point here. That might have been a bit more uncouth to do, but it would have been in development before now so… I am off topic now.

As you will see a bit lower here for Paradise Lost, we will be taking on the role of a child survivor here that is wandering around bunkers and the world to see what is left. All with the backdrop of the wastelands and a mixture of technology and Slavic-pagan aesthetic. Something that sounds a bit like the backdrop of the Metro titles but a totally different area of the world. Obviously, Paradise Lost is a different title but you will not be able to not see it from the trailer below. That is why we have a few screenshots of the world to share too so you can see that there will be some great differences. That and it does not sound to be a shoot but a story-driven title where we will have those choices to shape it all.

Paradise Lost is a deeply engaging story-driven adventure game set in a world where World War II never ended. To advance the story, players must explore and uncover the mysteries of an abandoned bunker where dark secrets are held. As a child in a post-apocalyptic wasteland, players piece together the history of the bunker and navigate through its diverse interior. Players' choices influence how the story unfolds, providing a different narrative for every playthrough. The game features a truly unique twist on the post-apo genre, with its setting characterized by a mixture of technology and Slavic-pagan aesthetic, against a background of profound human emotions. Could Paradise Lost be the next big post-apocalypse title that we have all been waiting for or do you think we need something different in the mix of all of this? How deep do you think the choices will go and will they truly change the story of it all along the way? Are you interested to see how the Slavic-pagan aspect will fit right in? Let us all know down in the comments and then feel free to discuss it all. When we have more for Paradise Lost, we will share it all here for you. Be sure to keep checking back in here for all of that and much more.