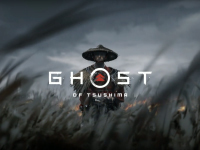 Since we had the update that Ghost Of Tsushima was hitting the PS4 on July 17th, many have been looking out for anything else new to look at to get us excited again. Something that is totally new when it comes to anticipated titles like this and, thankfully, Sucker Punch gave us all just what we wanted. That and not in a small way as we now have eighteen minutes of new gameplay for Ghost Of Tsushima to enjoy as it took over the latest State Of Play from PlayStation this week. Grab a good seat as this one is a huge deep dive that will most likely sell you on the game if you were not already. That was the case for me at least.

If you do not have the time to sit through all of the gameplay for Ghost Of Tsushima right now, the basics are that we get to see how exploration, combat, and customization will work in the game. All of which is geared toward being something that fits in the game's universe and not just because it is a video game. We will need to use environmental cues like the wind, smoke in the distance or various animals to help guides us around Ghost Of Tsushima to find new locations and the various things to alter our armor and look. Something that has actual gameplay bonuses to it and not just a way to look cool doing all of this.

All of that sounds cool, but not the meat of Ghost Of Tsushima as it is a samurai game here and that means combat and/or stealth will be had. This is where it all starts to feel a bit like something we have played before. We can go in as the traditional Samurai where will be in a parry then strike form of combat with many of the enemies coming at you one at a time. We can also go in as the Ghost which then starts to make Ghost Of Tsushima feel like a game that gamers have been asking Ubisoft to make. A Japanese themed Assassin's Creed if you have no clue on that. That is how it all looks and feels to me, but you might see something a bit different here.

Ghost Of Tsushima — State Of Play

Tune in for an extended look at Ghost Of Tsushima, coming to PS4 17th July.

Featuring around 18 minutes of new gameplay footage, including exploration, combat and more.

There won’t be any PS5 news or updates in this episode, just a big, beautiful look at Sucker Punch’s PS4 open-world epic.

Are you fully hyped up for Ghost Of Tsushima after all of this or do you still need more to get completely sold on it all? Do you like seeing that we will be using the wind and animals to figure out where to go in the game or would you rather have the traditional methods for video games? Do you see the same thing I do with the Assassin's Creed bit or is it just me here? Let us all know down in the comments and then feel free to discuss it all. We will have more for Ghost Of Tsushima in the future and if you want to see it all, just be back here for it. We will do what we can to keep it all out there for you.