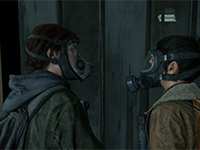 Since we are not too far out from June 19th and the release for The Last Of Us Part II, it is time to start seeing those developer diary updates to give us a bit more on how the game was built and shaped over the development time. Something as big as this needed to have great care taken for it all by Naughty Dog so it did not feel like they were just trying to cash in on our love of the franchise so far. We know this and they know it extremely well. All of which is highlighted in their first video showing off how they made sure the story in this one does perfect justice to The Last Of Us universe. Also, to make sure it was compelling on its own without the need to rely on the past. A tough balance to make and we have a lot of faith in the team to do it.

If you do not have as much faith, then you might want to take a look at the latest for The Last Of Us Part II that we have here. It goes into how the story has advanced in our world and also the twenty-five years that the world has been surviving in the game. There are few story beats in the video, so spoiler warning, but they are broad strokes to let us know why we are back with Ellie and Joel again instead of a new cast of characters. It is not nostalgia for The Last Of Us mainly but a way to take us on the deeper story for the characters again. I cannot say much more without dropping anything you might consider a spoiler here even though it is in the video just a bit lower here.

The Last Of Us Part II — Inside The Story

Take a look inside the story of The Last Of Us Part II. Hear from the team at Naughty Dog as they discuss how they approached developing the narrative and share new insights about the events and themes of Ellie’s story.

The Last Of Us Part II launches on June 19th, 2020 for the PlayStation 4 system.

Were you afraid that The Last Of Us Part II was going to just be using the same story beats but a bit in the future instead? Do you think that they should have followed other survivors in the world or does it make perfect sense to keep going here given the situation of it all? Do you think this one will pull at your heart just as much as the last one did right from the start or will they use a different method to get us fully drawn in? Let us know everything that is on your mind for this down in the comments and then discuss. When we have more to share for The Last Of Us Part II, we will add it to the site for you. All you have to do is keep checking back in for it.