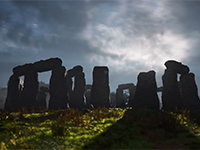 The announcement for Assassin’s Creed Valhalla happened not too long ago with the reveal of a CGI trailer that got everyone excited. Now we move today and the big Xbox event where Ubisoft has released the first gameplay for the game on the Xbox Series X. Something that should look amazing with all of the following running on the next-gen system here. The Assassin’s Creed, as of late, has been trying to push forward a bit more with each iteration. Now we can see just how that is going to be as well as how the game could flow when we have our hands on it. We will not hold off any longer and let you take a look at what is going on here.

Get a first look at gameplay for Assassin’s Creed Valhalla. The footage is representative of Xbox Series X gameplay!

Ninth century AD. Driven from Norway by endless wars and dwindling resources, a Viking raider, Eivor, leads a clan of Norsemen across the icy North Sea to the rich lands of England’s broken kingdoms. Their mission: establish a new permanent home, no matter the cost.

So, that barely showed us anything for Assassin’s Creed Valhalla besides a lot of environmental and locations we will be fighting in. Yes, we will get to wander around Stonehenge in the game and all of the longship sailings we should expect in this kind of game. Sadly, there is a huge lack of any actual gameplay, and most of it all looking to be in-engine more than anything. Something that is not impressing for Assassin’s Creed Valhalla here or the Xbox Series X in my opinion. I feel like I want to fault the system more than the game as I would like to think that they did not go backward in everything. It could also be the limited footage we actually have here, but this was not as impressive as the first reveal we all had. The characters here look lower quality than Odyssey to me…

What do you think about the look we have here for the next Assassin’s Creed and does it live up to what was expected? Could this be on the hardware side and not the game or do you think that we are losing some quality in the visuals for the game here? Could the next real look at the game fix all of these issues or am I way off base with how I am seeing everything here? Let us all know down in the comments and then feel free to discuss it all below. As more for Assassin’s Creed Valhalla gets out there, we will have it here on the site for you. Be sure to keep checking in here for all of that and much more.