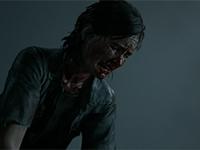 We were all promised a new trailer for The Last Of Us Part II after the new June 19th release date was set, and now we have a new trailer for the game to take in. All of this is something that many fans have been truly waiting for out of Naughty Dog to keep us all going since the delay of the game. Also, something that I knew they would not disappoint with given how strong of a title The Last Of Us has always been. Now we have a look at the upcoming game and the story we will be experiencing along the way. Something that already looks like it is going to be so much stronger than the last title, which is not something that was to be scoffed at before either. I am not sure if any of us are going to be truly ready for what is coming here.

That all said, we get a nice little look at The Last Of Us in here to show off some of the earlier events that lead to where we are now. It also kind of looks like they have rebuilt those scenes to fit the newer look of the game that is about to launch, but my eyes could be playing tricks on me. I have a feeling we will have some flashbacks in The Last Of Us Part II based on the previous title and it would be weird if they just spliced in the older footage. That does not seem like it would be the developer's way to do things, but it would save on production if they did. I guess we will see here in just about a month, though.

The Last Of Us Part II — Story Trailer

Watch the all-new story trailer for The Last Of Us Part II launching on June 19, 2020. After a vicious and violent event disrupts the relative peace that Ellie has found in Jackson, she sets out to bring justice to those responsible. As she hunts them down one by one, she is confronted with the devastating physical and emotional repercussions of her actions.

Are you fully ready for The Last Of Us Part II to break us down emotionally again or will it be more of an action part of the horror instead? Do you think they reshot all of those older scenes from the last game or will they just be spliced in without any update? Did you just skip this video after seeing it has part of the story in there as you want to go in completely blind to it all? Let us all know down in the comments and then feel free to discuss it all. If there is more for The Last Of Us Part II, and we know there will be, be sure to check in here. We will have it all and you will not want to miss out on it.