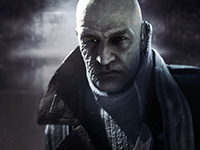 The main villain for Phantom: Covert Ops is here with Phantom grabbing a famed voice actor to bring the character to life

Every good video game with a story should have a solid villain for us to be fighting and now we have our first look at the one coming for Phantom: Covert Ops when it hits the various PC VR platforms on June 25th. It might be a bit odd to think about as nDreams has not truly shown off much of a story for the game as of yet and it has been more of a few missions that could be left as that. Now, it looks like Phantom: Covert Ops is going to have a huge story to tell with the VR shooter gameplay and with it comes a huge name in the game to voice said villain.

In the following teaser for Phantom: Covert Ops you will get to see Nikolai Zhurov getting all geared up to do his villain things. Mostly just trying to assume power in the setting we have here. It makes for a good reason for us to want to be on the side of bringing the character down. If you listen closely, or just skip down to the description without reading this, you will hear that voice we mentioned above. That voice being that of David Hayter. You know, the one that is well-known for his other stealth-action games not set in VR. You can do a quick Google search to figure that out, though, as this one is all about Phantom: Covert Ops and more to see for the game.

Zhurov — played by legendary voice actor David Hayter — is the lead villain in Phantom, and will be doing everything in his power to change the outcome of the Cold War… no matter the cost!

This is stealth action redefined for VR, coming to Oculus Quest & the Rift Platform on June 25th 2020.

Does the voice make or break a game for you and will it do so here in Phantom? Do you like that we are getting someone from the specific genre here for the game or will it go by unnoticed by so many given how long it has been since most of us last heard him? Did you think that there was going to be a big story like this in the game or was it going to be VR mission to VR mission? Let us all know down in the comments and then feel free to discuss it all. If there is more to share for Phantom: Covert Ops, you know we will share it all here. Just be sure to keep checking back in for all of that and more.