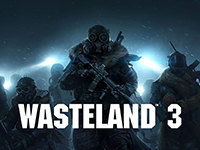 It looks like one more game out there has been hit with delays due to all of the current events with Wasteland 3 no longer making its original release date. It should not be shocking at all with so many, inXile Entertainment included, have gone into a work from home setting. That does not mean that all work will be halted for the game, but it sure will be slow down a bit. That is why Wasteland 3 is now going to be hitting the PS4, Xbox One, and PC on August 28th of this year. It is not a massive delay here, but it is one that fans will have to deal with if they want to have a solid game to launch out there.

This announcement comes from the official Wasteland 3 social accounts where everything was laid out there. Thankfully, it looks like they will be able to take the extra time to make sure that all of the feedback from the beta can be acknowledged and hopefully implemented at the end of it all. That is a bit of a silver lining to have here and not the usual excuse of extra polish being added in. Technically, this is what is happening for Wasteland 3, but it is based on the fact that they are being given the time and not because they requested the time. It is how I am going to look at it for now at least.

We have an important update on Wasteland 3’s release date. pic.twitter.com/hiX1CygcUk

Are you letdown that Wasteland 3 will no longer be making its original release date or do you think we are lucky it is not pushed out indefinitely? What do you expect will be added in with this extra time and what will be altered to make the game better? Did you get a chance to play in the beta of it all or are you in the same holding pattern as the rest of us? Let us all know down in the comments and then feel free to discuss it all. For more on Wasteland 3, be sure to keep checking in here. We will keep bringing you all of the updates as best and fast as we can.