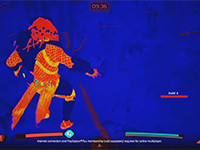 The trial weekend for Predator: Hunting Grounds is coming up quickly and you can see just a bit on how you will become the Predator soon

This weekend, March 27th to the 29th, will mark down when fans looking forward to Predator: Hunting Grounds on the PS4 and PC will be able to give the game a solid play. This is the asymmetrical multiplayer game from IllFonic that many have been waiting for. That would be the same studio that brought up the Friday The 13th game and using that knowledge, will be bringing another IP to life in the same way. Not that you should need the history lesson for Predator: Hunting Grounds as of right now, but it is a good reminder for those that have lost touch over the last bit of time. It will be something you will be able to play cross-play between the platforms, unlike the other if you need to get the motors running a bit more.

To celebrate the upcoming event, we have a bit of new gameplay showing off the different things that the Predator will be able to do in the game and how we will be able to customize him. If these will carry over the trial is over is still up to question, but it is all coming and we can be happy for it. More so if you are looking to hunt players down as they use the same tactics we have seen in the Predator films to stay hidden. Yes, we will be able to smear mud on us to stay hidden or go full auto and cut down trees to fire randomly. It could wing the creature and give us that neon trail to follow as well. Have a look at a bit of what is to come and get ready to download soon.

Predator: Hunting Grounds — Be The Predator

Join the fight this weekend from 5:00 PM PST on March 27 to 11:59 PM PST on March 29 in the Predator: Hunting Grounds Trial. Squad-up with friends as part of a Fireteam and take on dangerous missions before the Predator finds you–or become the Predator and hunt your prey. Wield human and alien weaponry in this intense asymmetrical multiplayer experience–unlocking iconic gear and skins as you level up throughout the trial. You can even team up with friends on PC or PS4 with full cross-play support.

If that was not enough to get you ready for Predator: Hunting Grounds, here we have a couple of full matches being played out by the team over at IllFonic to show just how it could all go. That and a bit more on how the creature can heal during matches and other players can get back in if they are killed. The quick answer is that the Fire Team can call in reinforcements a number of times so players do not have to just sit and watch as the rest get picked off one at a time. I mean, they have their own other side missions to go through to get out of the area before the Predator takes them all out, so they are going to need all the help they can get.

The Predator: Hunting Grounds trial weekend runs March 27-29, and the team at Illfonic is ready to show you what a few rounds of Fireteam vs Predator looks like. For details on weapons, classes, and more.

Internet connection and PlayStation Plus membership required for online multiplayer.

Are you ready to give Predator: Hunting Grounds a go here or will you be holding off for the final build for that? Do you think that players are going to troll more than play in the game or could this be the combination that the team has been aiming for so far? Which side are you going to be aiming to get on more or will it be a balance of the two? Let us all know down in the comments and then feel free to discuss it all. If there is more to share for Predator: Hunting Grounds, we will share it all here. Just be sure to keep checking in for all of that and much more.