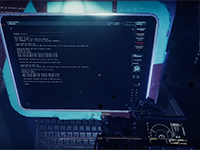 If you have not been playing the Early Access for GTFO as of yet or you have been out of the loop on the game recently, then we have a nice little update for you to enjoy here. That is, we have a new developer video to see as the team over at 10 Chambers Collective plays through a bit more of the game and shows us something that will be hitting the Early Access on March 31st. All forms of monsters and weapons are out there in GTFO and now we are getting just a bit more. Even if it does look like the game is so tough that even the devs are not able to make it through the missions. Something that you can see just a bit lower down the page.

In terms of the new weapons coming to GTFO, we get to see a machine pistol and a burst rifle added in for use. Use to go through the mission to find Terminal_546 so the team can gain access and gain some new clues out there. All using the same gameplay tactics and action we have seen in the past for GTFO to date. If anything, this is a nice little precursor to show off the new things we will get to experience. If you are in on the EA as of now or plan on it soon. It looks like things are flowing along fairly well for the game here and I am glad to see it all. Have a look now down below and see if you will be joining in or have something to get excited about.

GTFO is a terrifying 4 player co-op game for hardcore FPS players, brought to you by the game designer behind the PAYDAY franchise. Players get to play as a team of scavengers, forced to explore and extract valuable artifacts from a vast underground complex that has been overrun by horrifying monsters. Gather weapons, tools, and resources to help you survive — and work to unearth the answers about your past and how to escape.

In the video, you can see the group of four put on the objective to locate a “TERMINAL_546” and from that, establish an external uplink. It’s up to the team to find out how to get to this terminal, GTFO doesn’t give any waypoints or name clues. This can involve looking for signs on walls and doors, and to type in commands on computers placed out over the maps, called Terminals.

Visible in the video are also two new weapons, a machine pistol, and a burst rifle. When it releases — and is made available free for everyone that owns GTFO — on March 31st, it will also include a total of 10 new maps, some of them needing unlocking, new enemies and objectives.

What do you think about GTFO so far or was this the new update that will be getting you in on the Early Access fun? Do things look a bit too hectic for you still or is it all the perfect level to be able to enjoy it all? What do you think we will get after this and when will the final version of the game be out there in the world? Let us know all of those answers and what you are thinking in general for the game down in the comments. If there is more to offer up for GTFO, we will add it all to the site for you. Be sure to keep checking in here for all of that and much more.