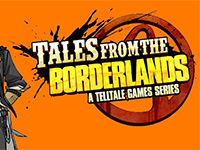 New rumors are abound for Tales From The Borderlands and that we might be getting a new version of the game. Not only that but we might also be getting a sequel to it as well. Something I am certain every fan of Gearbox has been hoping for in the mix and excitement of the most recent Borderlands title. But before we dig further in here, this is only speculation and conjecture based on a video that popped up online. One that is not the best of quality but if true, could hold a whole lot of interesting things for us all. If you enjoy these kinds of games, that is.

What you can kind of see below, is a video that has popped up on Reddit that shows some scenes from Tales From The Borderlands and a new Redux part added to the title. With a listing that there will be a bit of mini-episodes to add to the story and content we have already explored and loved. How that will flow for those who have already played it is going to be weird, but it is something. All of which to lead to the final bit that splashes a big "2" on the screen, which could mean that there could be a Tales From The Borderlands Season 2 after this. All of which is speculation here, but it could be insanely exciting if it does happen. This had to be one of my favorite episodic adventures to date and am excited to see there could be way more.

Tales From The Borderlands — Redux Edition

Two short video clips of what is reportedly a trailer for a Tales From The Borderlands re-release with added content has been posted online. The videos also tease a sequel to the Telltale episodic adventure series.

First surfacing on Reddit, the two clips are videos of a trailer playing on a monitor. The clips fit together to make the whole trailer (both are under a minute as they are hosted on Imgur, which only allows videos of up to 60 seconds), which reveals a game called Tales From The Borderlands Redux.

If real, Redux will apparently include developer commentary for each episode, codex entries, new concept art, unused content from the original release, and a new “mini” episode. The trailer does say how many minutes of extra gameplay this episode will provide, but the framing of the shot cuts the digits out of frame.

The trailer concludes on a 2020 date, which then flickers into a single digit — 2 — which could be seen as a teaser for a sequel or second season of Tales From The Borderlands.

Do you put any stock in this pointing to a new version of Tales From The Borderlands? Could this be a way to get the game back out there for the next-gen systems with the new little story bits too? Have you been hoping to get a second season to the story or did it all conclude in a way that you have been happy with for a while now? Let us all know down in the comments and then feel free to discuss it all. If there is more for Tales From The Borderlands, you best bet we will have it all here. Just be sure to keep checking back in for all of that and much more.