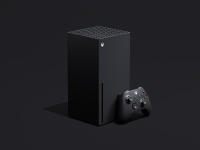 Since the Xbox Series X was first announced and a few teases for it came out there, we have had very little to go on in terms of specs and how the system will be handling games in the future. We keep hearing that it will be the most powerful console out there, but have not been given anything specific to show it all off. It is nice to say, but the proof is in the pudding and we need to see some numbers and things in motion. Maybe this is why we now have the official specs for the Xbox Series X to look at. That and a few new videos showing off how the console could work in practice. Although, we do have a few reservations to take in for it all currently.

You can have a look at all of the specs for the Xbox Series X just a bit lower so you can have solid numbers, obviously. It does look like the system will house 8x Cores @ 3.8 GHz and a GPU that can throw around 12 TFlops of power. Not to mention the 1TB of internal and external storage with a nice little card slot in the back. All of which to pump out those 4K visuals with 60 to 120 FPS of visuals. Just what the next Xbox should be able to do so we do not all just turn back to a high-end PC of sorts. Even though I still feel we have a good reason to keep all of the consoles around. That reason to keep all of the experiences the same for all players and not just those who have the crazy rigs.

In addition to those specs, we have a look at a few of the other features that the Xbox Series X has been touting. The first is the ability to run and pause multiple games at the same time. Something I am not truly sure any gamer has ever asked for, but it is something we can do. More so as it will save game states to the SSD so if we lose power or want to come back after a week, we can literally pick up where we left off. You know, something that so many gamers are not truly known to do. It will be a feature though, so deal with it.

In addition to the quick resume feature of the Xbox Series X, we also have a tech demo showing the new load speeds of the games we will be playing as compared to the Xbox One. A word to the wise, we are getting to see how it will load in terms of the backwards capability of the system and not a comparison for a title that has been built for the system directly. Sure, it does load faster here, but it should be no true sign of how it will work for the full games. A title built for the Xbox Series X only could still take some time to load where as an older title does load much quicker on the new system over the older one.

How are you feeling about the Xbox Series X at this point or is it still too soon to know? Do any of these specs get you overly excited or will you still need to see it running in-person before making the judgement? Do you think that the titles made for the console will load just as fast as the backwards ones or will we still see load times for the newer titles that are as long as we already have? Let us all know down in the comments and then feel free to discuss. As we get more for the Xbox Series X, we will add it all to the site for you. Keep coming back for all of that and more.