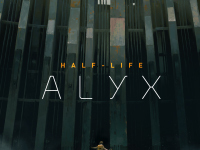 A new video for Half-Life: Alyx offers up a look at how the Gravity Gloves came to be and how it links closer to the Half-Life franchise in general

Here we go with a bit of a fun update for Half-Life: Alyx, as we have a look at how the game is going to handle a bit of the object manipulation in the VR setting yet still keep it all cannon within the universe. Yeah, something that normally just gets placed in as just part of the mechanics will have some deeper roots in the lore that Valve is building. It may not be a huge thing, but just know what we are talking about here will be the precursor to the Gravity Gun in the Half-Life universe. Even if it sounds like other titles out there helped inspire the team to go down the path that they are in the game.

In the following video, there is a little more of the gameplay to spy upon for Half-Life: Alyx, but the bigger topic is just discussed. That being how as a player in the VR setting we will get our HUD information and be able to grab things while not fully having the full motion we could. Enter the Gravity Gloves that will allow us to target and whip towards us all the items and ammo in the world. Something that sounds like it will become second nature in Half-Life: Alyx after a bit of a learning curve. Not to mention something that will be using physics to help with the animation so things do not just feel snap-to but like part of the living and breathing world. Little things like this are fun for the immersion.

If you do not find that overly interesting, then you will be glad to know that there were some inspirations for this outside of the Half-Life universe as well as in. In fact, a specific thing from The Legend Of Zelda franchise was used to get the ball rolling. While it was thought to be phased out, it looks like it has stuck. Just like the other cosmetic designs to deliver all of the information to the player without the need for a traditional HUD. The gloves are a bit of a piecemealed project with a Heart Meter for health, a Check Engine light from a car for some other thing, and other various ways to keep track of ammo. Nice little features that will help make this Half-Life game feel a bit more alive.

Valve's own Kerry Davis, Tristan Reidford, and Jane Ng break down the design and gameplay behind Half-Life: Alyx’s Gravity Gloves.

The gloves, actually called Russells after their creator, are essentially a prototype of Half-Life 2’s Gravity Gun, and were even inspired by The Legend of Zelda!

Are you more excited about Half-Life: Alyx after hearing and seeing all of this or does it all make sense to have been there for a while? Do you think we will see other little things to help bridge the lore or will this be one of the few bigger ones? Do these types of immersion tactics work for you or do they usually go unnoticed? Let us all know down in the comments and then feel free to discuss it all. If we have more for Half-Life: Alyx, we will share it all with you. Be sure to keep checking in for all of that and much more.