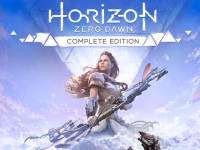 It looks like it is confirmed that another PS4 exclusive will be heading over to the PC with the official announcement that Horizon Zero Dawn will be making the jump. This is a confirmation of the previous rumors and spotting online with Guerrilla Games giving the official word of it all. That and the fact that we have a solid Steam page to pre-order this version of Horizon Zero Dawn before it launches this Summer. Just over three years after it originally launched. So maybe there are still some out there that have not had a chance to experience this amazing game. Something that could look much better over on the PC.

Obviously, this version of Horizon Zero Dawn will be the complete edition of it all and not the slow piecemealed version the PS4 gamers had to start with. That is, it will house the core game and the expansion The Frozen Wilds. Also, all of the cosmetic additions that were originally pre-order bonuses and various other bits that PlayStation gamers have had more than enough time to experience before now. All I know is that I hope all of this points to another outing for Horizon Zero Dawn or the developer in general with the extra sales that are certainly on the way here.

Earth is Ours No More

Experience Aloy’s entire legendary quest to unravel the mysteries of a world ruled by deadly Machines.

An outcast from her tribe, the young hunter fights to uncover her past, discover her destiny… and stop a catastrophic threat to the future.

Unleash devastating, tactical attacks against unique Machines and rival tribes as you explore an open wold teeming with wildlife and danger.

Are you at all surprised that Horizon Zero Dawn will be hitting the PC here or has it been so long that it looked like it would not? Could we see more titles that are PS4 exclusives do this along the way or will it stick to very specialized instances as this is? Could this mean that the studio is aiming for a little more funding for a new project or are they just trying to open up to a new platform in general? Let us have all of those thoughts and feelings down in the comments and then feel free to discuss them as you wish. If there is anything further for Horizon Zero Dawn, you know we will have it all here. Just be sure to keep checking in for it.