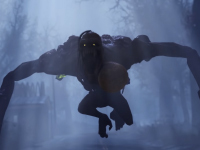 The Wastelanders update for Fallout 76 is almost here and we will be able to add it into our game on April 7th now. That may seem like a ways off, but it could have been delayed a lot longer by Bethesda before now. Given the reception of the base game, I would not have been surprised if they did that to make sure they did not get any more backlash as they did. More so, as this DLC adds in human NPCs for us to interact with in Fallout 76 and not just the basics and radio transmissions. You know, it is going to feel like a fuller world now than before. At least for those that have been playing solo instead.

In addition to that, we will have a whole new questline to go down in Fallout 76. Something we can do solo or in a group. Also, a bunch of new creatures and gear for us to fight and use in the game. Just as we would assume for an update like this. Even though it is a free update for all of us who own Fallout 76 already or in the future. It seems odd to say it that way, but that is how it is listed. You can see a bit of all of this down below in the short trailer giving us some of this information, but I am sure we will see more before April rolls up on us. If we are not diving into other things during and after…

Play Wastelanders, a free expansion for Fallout 76, when it releases for Steam, Bethesda.net, Xbox One, and PlayStation 4 on April 7, 2020.

In Fallout 76: Wastelanders, people are now coming back to West Virginia. Two vying factions are struggling to gain the upper hand as the secrets of West Virginia are revealed. The Settlers have come to find a new home, and the Raiders have come to exploit them. Embark on a new quest for the Overseer, forge alliances with competing factions, and uncover the truth of what's hidden in the mountains.

Are you excited to get this update for Fallout 76 or have you placed the game aside for now? Do you think that this update will bring the game closer to what we were expecting before or is it only for those that have stuck with it all since launch? Will you try to play it all solo or will you be looking for a group to go take on all of the new threats? Let us all know down in the comments and then feel free to discuss it all. When we have more to update for Fallout 76, we will share it all here. Be sure to keep checking in on the site for all of that and much more.