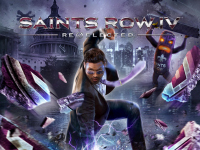 Switch owners that have been jonesing for some Saints Row action will be able to add Saints Row IV: Re-Elected to the mix this March

The timing is perfect for this seven year old game to rear its head out there again, as we have word that Saints Row IV: Re-Elected is getting its official release on the Switch here in March. To be more specific, it looks like fans of this Volition title will be able to add it to the mix soon, as March 27th is not too far off and the official release date on the new platform. It is almost like it was planned or something. That or Deep Silver wanted to keep the Saints Row franchise flowing. I know I am hoping it is to get us all talking just before they announce another huge entry into the franchise. That is always the hope with this kind of thing.

It should be obvious, but this version of Saints Row IV will have all the remastered stuff that we had before and all of the DLC mixed right in. It would have been truly odd for them not to have that in there, but I wanted to put any worries to rest for you. Even if I am not sure how we are going to be able to use the control scheme we had before in this one. The Switch has yet to show me how it can handle all of the inputs needed very well. I guess this is why we had to wait so they could remap everything for Saints Row IV to fit the new system. We will see…

YOU ARE THE PRESIDENT — IT’S TIME TO RULE.

Live the ultimate power fantasy as you go from P.O.T.U.S. to simulation superhero, causing mayhem all over Steelport to save humanity from the total destruction brought on by charismatic alien dictator Zinyak and his army of Zin. Face off with super-ethical man-cat Professor Genki in telekinetic Mind Over Murder, and classic mascot kill-athon Professor Genki’s Super Reality Climax.

Save humanity and have a whole universe of fun doing it.

Did you expect to see Saints Row IV make the jump over to the Switch or does this just keep the same thing rolling for all games now? Do you think we will see Gat Out Of Hell make the jump next or is this just the basics for now? Could this mean we might be seeing the next big entry for the franchise soon or is it dead and left to remasters? Let us all know down in the comments and then feel free to discuss it all. If there is anything more to share for Saints Row IV: Re-Elected, we will obviously share it all here. Just be sure to keep checking back here for all of that and much more.