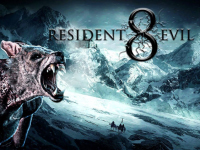 We are all still awaiting the release of the upcoming remake for Resident Evil 3 and here we go with new rumors for the next title in the franchise. Still rumored entry into the franchise as none of this is confirmed directly from Capcom as of yet, but comes from a few sources that have been verified in the past by other outlets. That means take everything you are about to read with some salt and do not hold it as gospel. That said, it looks like we might be seeing a Resident Evil 8 some time soon as the next big numbered entry into the franchise. Well…maybe?

I say that as it will be the eighth big entry into the Resident Evil franchise, but the rumors here state that it will forego the naming convention for something a bit different. Even though the rumors do state that this one will take up with Ethan back in the lead and going through another first-person fright feast in the world. All of which is good news as that could also point at another VR romp through a Resident Evil title just as we did before. Potentially at the very least, but that was not part of the initial rumors and more speculation on my part given where things are for now.

In addition to all of that, the potential Resident Evil 8 could also bring back the classic zombies instead of the Molded from the previous full game. This is something I am sure fans will enjoy. Other potential new creatures listed are supposed to be werewolves and ghosts, but seeing as the rumors state more of a wolf-like creature and a shadowy being that follows us and can be dispersed with a shot, I am going to think that is a bit more fantastical and reaching. To fit the Resident Evil universe I am going to guess that the ghosts are going to be hallucinations as we have seen used in past games from chemicals and the wolf creatures are going to be just wolves that have been infected and altered just like other animals in the franchise. Given that the rumors list off some European locations with wintery settings, I think that is a safer bet than going full supernatural in a game that has tried to stay a bit more grounded.

The last bit of rumor, and this one seems like a given, is that we will see Chris Redfield back in the Resident Evil seat in some way. Seeing as there was the whole extra scene and DLC from Resident Evil 7 that brought him back in and in a way many still have questions about, this seems like the bigger concrete thing we can expect. That is, at least, if Capcom is indeed working on the title and this is not some internet troll posting everything for a few minutes of internet fame. I have a feeling we will find out soon and most likely after the next title drops on us in a few months. Unless they plan on this being a launch title for the PS5 and XSX. That would be rather interesting to see.

Do you put any faith into these rumors being true for a potential Resident Evil 8 or is this all wishful thinking from a fan? Would you want to see a supernatural element in these games or is this just over speculation for something that could be explained a bit easier in the franchise lore? Would it be any surprise if we did get more to Chris' story in the next game or do you think they should branch further out into new characters as we go forward? Let us all know down in the comments and then feel free to discuss. With all things Resident Evil, we will keep the news flowing here. Just keep shambling on back to see and hear it all.