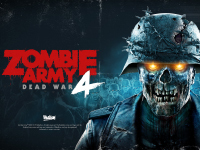 A new 101 trailer for Zombie Army 4: Dead War shows us the ropes of the new game as well as where Zombie Army has progressed to in the story

The launch of Zombie Army 4: Dead War is only a short time away with February 4th still being the day that the game hits the PS4, Xbox One, and PC. Only a few weeks by this count and there are still a lot of you out there that do not know much about the game and what will be coming to it here. It is good that Rebellion has put together a nice little video giving us all a quick rundown of what has transpired over the course of the Zombie Army story and just what to expect in this latest entry into the franchise. The long and short of it all here is that we have a new 101 video to give us a quick overview of everything that is going on. Just as we get with most titles out there just before launch.

I will not go into the story aspect of it all so you can be sure to make that choice for yourself. Given that we have had the Zombie Army Trilogy out there to be able to experience it all in one shot, that will be on you to be caught up for the fourth game here. As you will be able to see here, though, will be the new additions and changes to the game's world and how the different forms of the undead will be stalking us and up to three friends in the campaign and other modes. We will have four different weapon types to dive into the hordes of the dead, each with different outcomes and a few new abilities to keep an eye on to help out.

On top of all of that, Zombie Army 4: Dead War will house a plethora of environmental options to kill the Nazi zombies out there along with some fun elemental damage that comes from some of the extra weapons. I particularly enjoy the look at the "holy" damage that heals our team but harms the dead. This will most likely come in handy when taking on some of the bigger enemies with flamethrowers, miniguns, and chainsaws. Everything one would come to expect in a game about killing dead things that Zombie Army is known for. I am just glad we are going to get those fun X-ray kill shots that the developer is known for too.

The shambling monstrosities at Rebellion have released a blood-curdling 101 Trailer for Zombie Army 4: Dead War, featuring over six minutes of brand new footage from the upcoming alternate history co-op shooter.

The 101 Trailer features tons of new reveals including never-before-seen enemies, special abilities, weapons, levels and locations, as well as the bigger and more challenging Horde Mode. It’s the perfect introduction to the undead-slaying madness of Zombie Army 4: Dead War.

The trailer details the brand new story campaign for 1-4 players coming to Zombie Army 4, taking players to 1946 Italy and beyond. Despite the defeat of the undead Führer, his reanimated hordes continue to wreak havoc across Europe, and a sinister plan is lurking in the darkness…

Zombie Army 4 launches on PS4, Xbox One and PC on February 4th.

Are you fully ready for Zombie Army 4 to drop on us or do you need more time to get caught up? Did you expect a vast amount of differences between the last titles and this one? Are you curious why some of the zombies are more gun-happy instead of bite happy as zombies would be? Let us all know down in the comments and then feel free to discuss. If there is more to share for Zombie Army 4: Dead War before launch, it will be on the site for us all. Just keep coming back to see and hear all of that in due time.