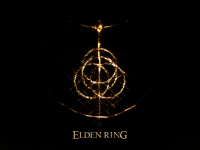 Not much is known for Elden Ring since it was first announced and not much else seems to be flowing out there for this collaboration between From Software and Bandai Namco. It was announced at e# last year with very little as well, so it is still no surprise that the teams have not offered up much more. Even if Elden Ring has been in development for more than two years already. It just always feels wrong to announce something that is not much more than a title and fancy trailer that has been put together with little to truly offer.

Speaking of, that is what we have here yet again. A different trailer for Elden Ring that offers up nothing new in terms of what is going on with the game. It does serve a solid reminder that there is the game out there, as I know I forgot all about it with nothing to go on from before. I am guessing that is why we have this here with a being hammering away on something and then the title dropping on us. Not the biggest of news for Elden Ring, but it is something to bring it back into our minds as we wait for something of more substance to be given to us all.

Elden Ring is an upcoming action role-playing game developed by From Software and published by Bandai Namco Entertainment. The game is a collaborative effort between game director Hidetaka Miyazaki and fantasy novelist George R. R. Martin, and will be released for Microsoft Windows, PlayStation 4, and Xbox One.

Did you forget about Elden Ring as I did given what was out there during the announcement? Do you think that the teams need to offer up more to get us excited or is there some slight reason for the little hype we have here? Did you glean anything new from this trailer or is it about the same place as it was about a year ago? Let us all know down in the comments and discuss. When there is more to share for Elden Ring, it will be on the site here for you. Just keep checking back in for all of that.