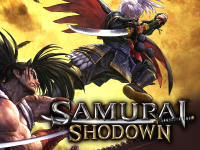 We can now ignore the vague release window for the Switch version of Samurai Shodown, as we now have a solid date to look at for the game. If you were tired of the PS4 and Xbox One versions of the game or were holding out to be able to take it on the go with yourself, SNK has laid down the release date for Samurai Shodown on the Switch for February 25th of this year. Firmly in the middle of that Q1 2020 timeline we were all given not too long ago. It is just nice to have now for those looking to expand a library.

The weapon-based fighter Samurai Shodown is slated to release in North America on February 25th of 2020 for the Nintendo Switch!

The battle cuts its way into the Nintendo Switch line-up!

From its creation in 1993, the Samurai Shodown series has redefined weapon-based fighting games. 11 years after its most recent release comes a brand new addition on the Nintendo Switch! Experience the fighting game that took the world by storm!

Have you been holding out to get Samurai Shodown on the Switch or is it coming a bit too late for you to want to add to the system? Is this the game that you have been dying to be able to take on the go with you or will it be another 1v1 title to pick for fun? Do you think having two versions of the game will work out on the Switch or will one be ignored for the other? Let us all know down in the comments and then feel free to discuss. If there is more for Samurai Shodown, it will be up on the site for you. Just be sure to keep checking back in for all of that and more.