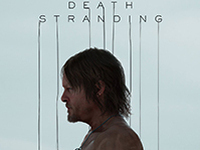 Since it was first announced, there has been a lot of questions about what Death Stranding was about and it has even progressed further into the realm after it launched and gamers had a chance to experience it on the PS4. It is a weird game and is definitely not for everyone, but it seems like there was a better thought process behind its creation than Kojima Productions wanting to just make a game. I am sure that was part of it, but it is interesting to know that the idea for Death Stranding had been floating around in the mind of the director for some time and all based on a trip to a museum. At least, that is what is stated in the latest video we have for the game.

While it may seem odd to have more for Death Stranding after its rocky launch, we have a new behind-the-scenes sort of video to dive into to get a better understanding of what is going on here. Well, more of the mindset and thought process that led to the inception of the story and world we have been exploring. I will not go into the specifics of it all to keep some spoilers for Death Stranding to a minimum, but it is all based on a real-world phenomenon that occurs with whales. Not a huge surprise given all of the iconography used with the creatures in the past and, most likely, future. Have a listen to how he took a Mass Standing and turned that into what has been puzzling gamers for a bit now.

How did Hideo Kojima come up with the idea for Death Stranding? The celebrated developer discusses his creative process.

Do you care about how the idea for Death Stranding came into existence or is it all something you could care nothing about? Did you expect to have this as the explanation for it all or did you want more for the delivery simulator the game turned out to be? Is there something deeper we are all missing here or is it just the ramblings of a "genius" that gamers claim him to be? Let us all know down in the comments and then feel free to discuss it all. If there is more for Death Stranding, you know we will have it on the site. Just be sure to keep checking in for all of that and much more.