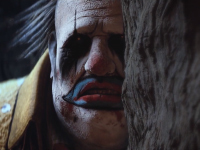 By now, most of you should have known that Dead By Daylight has been out there and available with various DLC add-ons and franchises attached. It has been over three years since Behaviour brought the game to us and it has done nothing but grow and win awards ever since. Everything from Freddy to Ash to the Demogorgon have shown up in it over the years and we are on the cusp of yet another addition to the game. More on that in a moment. To start things off here at the end of this year, we now have word of a Dead By Daylight Nightmare Edition that PS4 and Xbox One gamers can pick up and enjoy. Not just a digital form of the game either but this one is a physical form for those that truly want that added into their library.

The only weird part about this new version of Dead By Daylight is that it only contains the main game and a few of the DLC packs and not all of them. Maybe there were some licensing issues or something, but this version only comes with the Curtain Call, Shattered Bloodline, and Stranger Things DLCs. There are so many more out there to pick up, but this is what we are getting here. That and a few of the cosmetic bundles that have been out there for Dead By Daylight over the years too. I guess, if you have been holding out for it all up to now this is a great way to start. It will just be another sink of cash to get every other bit added in there.

Complete Feature Highlights of Dead By Daylight Nightmare Edition Include:

While that is a cool bundle and all, we now move along to the next update for Dead By Daylight that I mentioned. We are getting another DLC pack here this month that adds in another survivor and monster. This one being the Cursed Legacy pack, which will add in Kimura Yui (a vigilante street racer who finds herself trapped in the Entity's realm) as well as The Oni. Respectively. This adds more to not only Dead By Daylight, but also to the general non-licensed characters too. Either way, it is more of the game to play and more for us to go back to. Also more for those looking to start out with the latest edition that is out there now.

Cursed Legacy is the brand-new chapter for Dead By Daylight. It tells the story of The Spirit's ancestor, Yamaoka Kazan: a Samurai whose wrath ended up drawing the Entity’s attention. The Chapter also introduces a new survivor, Kimura Yui: a vigilante street racer who finds herself trapped in the Entity's realm. Cursed Legacy is available on PC and Consoles December 2019.

Will you be going for the physical version of Dead By Daylight here or will you stick to the digital versions of it all? Are you surprised to see that it is not bringing with it all of the DLC or do you think there are other reasons for that as of right now? How about the new DLC that is about to drop and the new characters coming along? Let us and the world know what you are thinking out there and then feel free to discuss. When there is more for Dead By Daylight, we will have it all here for you. All you need to do is keep checking in for all of that and much more.