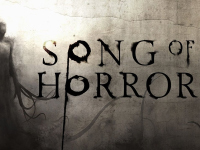 It looks like PC gamers out there have really been enjoying the horrors within Song Of Horror. It has had a solid release so far with the third episode on its way here on December 13th for them all to enjoy. I am sure this is all a high that Protocol Games is riding still and there is more to come from them. Not just in the way of Song Of Horror on the PC, but also the fact that the game will be making the move over to the PS4 and Xbox One in 2020 now. Q2 of 2020 to be a little more exact. All so those gamers will be able to fully experience the game from start to end just a bit after those who have been playing since it launched in October.

This obviously opens up a few new ways to pick up Song Of Horror to make sure you are getting a solid deal on it all. You still have the option to buy each of the episodes on their own for the PC at $7.99 USD each, but you can still secure all five of the episodes by snagging the Founder Limited Edition for $19.99 USD. That is, at least, until the end of December when the offer goes away. We are only listing it here so that all have the best options to pick up Song Of Horror before time is up or what to look for in the coming year for the game. I have a feeling this will be the version all of the console gamers will have when it does finally come there. Time will tell though.

Having amassed acclaim from critics and gamers alike since hitting PC on Halloween, both Raiser Games and Protocol Games are eager to reveal their fresh take on the survival horror genre — Song Of Horror — will launch on PlayStation 4 and Xbox One in Q2 2020.

The news comes as Song Of Horror fans gear up for the release of the third chapter on Steam on Friday 13th December, with the game having impressed players to date by paying home to the classic horror games such as Alone In The Dark, Resident Evil, or Silent Hill.

As console gamers will soon discover, Song Of Horror is the tale of the famed but now elusive writer Sebastian P. Husher — a man who, along with his entire family, has gone missing without rhyme or reason. The third chapter is inspired by famed survival-horror game Obscure, and once again tasks players with taking on an enemy that uses advanced AI to react to every player's move, better known as The Presence.

In addition, PC owners who buy all five chapters will also receive the exact same content and updates delivered in the Complete Edition. The cheapest way of doing this is to buy the Founder Limited Edition for $19.99 USD — before it disappears from sale at the end of December.

For PC gamers, the first two episodes of Song Of Horror can be picked up on Steam today for $7.99 USD each, or as part of the Season Pass that unlocks the rest episodes on top of the original ones in the months ahead for $21.99 USD. In addition, players can also purchase the Founder Limited Edition for $19.99 USD.

In Song Of Horror, you will:

Are you glad to see that Song Of Horror is going to have its time on the consoles or have you just been experiencing it all on the PC for now and forever? DO you think anything is going to change between the versions or will it all still flow the same? Do you think there should be a different option to pick it all up or do you like the structure we have been getting for now? Let us all know down in the comments and then feel free to discuss. For more on Song Of Horror, be sure to keep checking in here. We will keep bringing it all to you as best that we can.