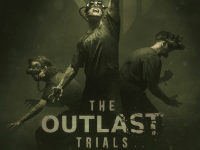 The next title in the Outlast franchise is coming as we have the announcement of The Outlast Trials, which will add more to the gameplay loop

Get ready to head back into the Outlast universe again as we have yet another title heading to us for it. Yes, it looks like Red Barrels is not done with it and aiming to bring us all one more experience in fear and terror sometime in the near future. This is why we are here with the official announcement of The Outlast Trials as the game enters into some heavy production and teases us all with a fun poster. If it is anything like the past titles, this means we may get a chance to see the game in October of next year. If they want to keep with their usual run and giving us a horror title in time for the season. Of course, nothing has been set and that is speculation on this side of the screen only.

As far as what is going on in The Outlast Trials, those details are also a bit few and far between too. It will not be a direct sequel to the past titles and sounds like it will all take place before the events of the first game. It is just set in the same universe. The same universe and during the Cold War era of time. The only other real detail we have about The Outlast Trials is that we will be able to play through the game all solo as usual, but will be able to co-op the game with up to three other players too. A real deviation from the franchise's past. This could be an interesting twist to it all, but we will have to wait a bit longer to see how it flows out there. The Red Barrels team is excited to announce our latest project in the Outlast universe. Set in the era of the Cold War, The Outlast Trials will allow players to face the horrors that await by themselves or with fellow test subjects

“We are proud to reveal the title and the first image of the game to our great community and fans,” said Red Barrels co-founder David Chateauneuf. “Our team is hard at work creating a new experience that will bring fear and anxiety to millions of players, whether they go through the experiments alone or with friends.”

The Outlast Trials is still in production, and as our co-founder, David Chateauneuf puts it: “Now we’ve done our proof of concept, it is time focus on content creation, variety… and gore."

The world of Outlast is a true survival horror experience which aims to show that the most terrifying monsters of all come from the human mind… and Red Barrels! Whilst, not a direct sequel to the other critically acclaimed Outlast titles in the series, The Outlast Trials will be set in the same thrilling universe: more precisely, right in the middle of the Cold War era. The Outlast Trials will allow players to face the horrors of the trials by themselves or cooperate with up to three other test subjects. After all, it’s always better to shit your pants with some friends!

The Outlast Trials is still in the early stages of production and more news will be announced soon. Red Barrels has been working on developing the title for months and is now ramping up the production process.

Are you excited to see that we will have another title in the Outlast universe or did you think it was put to rest for now? Did you want to have a direct sequel or are you excited to see how it will flow out in a different era and location? Do you think it will be easier or hard to play the game in a co-op mode or will you ignore it all to play it solo only? Let us all know down in the comments and then feel free to discuss it all. When we have more for The Outlast Trials, we will add it all here for you. Be sure to keep coming back here for more of all of this.