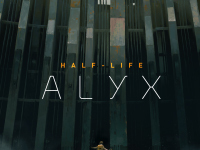 The next Half-Life title is announced with Half-Life: Alyx and it is moving the franchise into virtual reality next year

It looks like it is happening as we have the next title in the Half-Life universe announced and slated to hit us in March of 2020. Yes, you read that and can start to get excited. It looks like the tease that Valve has had us on for a while is almost over as we have Half-Life: Alyx coming now and heading to us via VR… I am sure that was not the part of it all that you were expecting. It may be a bit of a shock, but hear it all out and give it all a try. It may be the closest thing we are getting to a continuation of the franchise for some time now. There is still hope.

Putting all of that aside, here we have Half-Life: Alyx that will take place in between the story of the first and second games. We will take on the role of the titular Alyx, as she and her father get a resistance into place against The Combine. We will then get to take control and explore the world in VR and use all of the familiar real-world motions to help humanity. All via the various VR platforms currently out there. Have a look at the announcement trailer for Half-Life: Alyx to get a better look and feel for what we will be doing in the game next year. That is, as long as you are willing to make the leap in.

Valve, the creators of Half-Life and the Steam platform, today announced Half-Life: Alyx, a new, full-length virtual reality entry in the Half-Life series. Slated for release on Steam in March 2020, the title will be compatible with all PC-based VR headsets in March 2020.

Set between the events of Half-Life and Half-Life 2, Alyx Vance and her father Eli secretly mount the resistance to the brutal occupation of Earth by a mysterious alien race known as The Combine. As Alyx, players take the fight to the Combine to save the future of humanity.

Half-Life: Alyx was designed from the ground up for Virtual Reality and features all of the hallmarks of a classic Half-Life game: world exploration, puzzle solving, visceral combat, and an intricately woven story that connects it all with the characters iconic to the Half-Life universe.

I will say that it does look like Half-Life: Alyx is working with some of the VR elements rather well here. It is still a bit odd to think about it in the way that it is, but I am fully excited to dive into the franchise yet again and have a reason to wear my headset for more hours. If you are still not sold on it, know that there will be more of it shown during The Game Awards this year. Not only that but there is a lengthy behind-the-scenes series coming about to show how this was not the original plan, but the Half-Life franchise was what was finally set on during Valve's exploration into the platform. It is an interesting watch, but does not offer up much else for this game.

Geoff Keighley goes inside Valve to announce his next project: The Final Hours of Half-Life: Alyx, a look inside the past decade at Valve Software.

Is this how you were expecting to head back into the Half-Life universe or are you just happy that we will be again? How do you think it will flow in the overall narrative of everything or will it feel a bit disjointed given the time that has passed so far? Could this all just be a stopgap until the fabled third title is finally announced? Let us know what you are thinking and feeling down in the comments and feel free to discuss. When we have more to share for Half-Life: Alyx, you know we will share it all here. Be sure to keep checking back in for all of that and much more as we head forward in time.