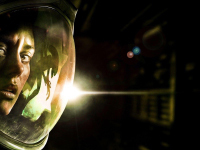 Another fun blast from the past is making its way over to the Switch as we now have word on when Alien Isolation will be gracing the system. This would be that amazing survival-horror game that was dropped out there by Creative Assembly a while back and now Feral Interactive is bringing the game over so you can take the screams wherever you want to go. It is also coming so more people can have a chance to play Alien Isolation and experience how the franchise has progressed a bit. Look to pick it up on December 5th now. That is only a few weeks out as of this writing, so you had better get on it. But do it quietly…

Not only is Alien Isolation heading over to the platform, but it will also be including all of the DLC that has come out to date. To my memory, that was not a whole lot, but it is still something so you can have the whole experience in one spot. All for the low price of $34.99, so it may have been worth the wait. Maybe? Most likely not as it is a nice and chilling title to experience. Have a look at the gameplay for Alien Isolation that you will soon be able to experience on the Switch. Or replay the game on the other platforms you may have had the game for already.

Feral Interactive today announced that Alien Isolation, the AAA survival horror game, will be released on the Nintendo Switch system on 5 December 2019. Originally developed by Creative Assembly and published by Sega, Alien Isolation won multiple awards and was critically acclaimed for its tense, atmospheric gameplay and fidelity to the production values of director Ridley Scott’s 1979 film, Alien.

In an original story set fifteen years after the events of the film, players take on the role of Ellen Ripley’s daughter Amanda, who seeks to discover the truth behind her mother’s disappearance. Marooned aboard the remote space station Sevastopol with a few desperate survivors, players must stay out of sight, and use their wits to survive as they are stalked by an ever-present, unstoppable Alien.

Alien Isolation on Nintendo Switch will feature support for gyroscopic aiming and HD rumble to immerse players in its terrifying world wherever they play. It will also include all DLC ever released for the game.

Have you been waiting for Alien Isolation to finally hit the Switch here or did you get to experience it all the first time around? Do you think this could push things forward for another title in the series or is it just one more way to make a buck? Were you hoping for some platform-specific controls to come along or does it make sense to keep it all the same? Let us all know down in the comments and then feel free to discuss. If there is more for Alien Isolation or anything else in the franchise, we will have it all here. Be sure to keep checking back in for all of that and more.