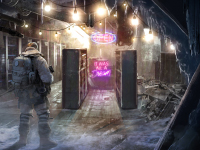 If you have been sitting patiently and waiting for the release date to drop for Wasteland 3, then today is the day you need to get your wallets ready to start those pre-order. That is, we have the release date on when the game will launch and it is looking to be May 19th of 2020. Yeah, there is still some time before then so rushing out to pre-order may not be the top priority right now. Just know that Wasteland 3 will be dropping then and we can expect all kinds of new and updates to flow out around all of that. Get excited and all that jazz.

As mentioned, there will be some pre-order bonuses for those looking to secure Wasteland 3 a bit earlier than the launch date. There is not much in the way of what things will do, but we will have some solid Snow Cam for our weapons in Colorado, a Ranger General’s Hat and Glasses, and a Polished Ranger Badge. They all sound cosmetic for now, but they might have something deeper going on in Wasteland 3. I am certain we will all find out as we get closer to the release and have more video and gameplay flow out for the game. For now, have a look at the latest to see if you will be throwing down the cash.

inXile Entertainment — the studio led by Interplay founder and Wasteland co-creator Brian Fargo — along with Deep Silver, revealed that Wasteland 3 will be releasing May 19, 2020 both digitally and in retail stores.

In addition, pre-orders are now available including bonus items which will give players a head start in the Wasteland. The pre-order bonus items include:

The legendary series, which pioneered the post-apocalypse genre in video games, returns players to the role of Desert Rangers, lawmen in a post-nuclear world working to rebuild civilization from the ashes. Trading the dry, dusty heat of the American southwest for a perpetually frozen Colorado, Wasteland 3 features new locations, a customizable vehicle, streamlined combat, and two-player co-op as a first for the series.

Are you excited to see that Wasteland 3 has been set with a release date or is it still too far off to worry about right now? What do you think of these pre-order bonuses and will they be something more than just basic cosmetics? Does any of this make you want to throw down the cash to secure your copy right now or will you be waiting a bit longer? Let us all know down in the comments and then feel free to discuss. For more on Wasteland 3, be sure to keep checking back in here. We will have it all for you as we press further into the future with it all.