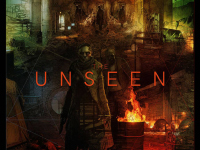 The final faction for Vampire: The Masquerade — Bloodlines 2 is out there for us to not see as the Nosferatu are up front for Bloodlines 2

Here we go with the fifth and final faction for Vampire: The Masquerade — Bloodlines 2 to look at. Well, not look at if you know your lore here as it is all about the Nosferatu in this version of Seattle that Hardsuit Labs is bringing to us. These would be the monsters that lurk in the shadows and not the fancy style of vampires for the uninitiated reading all of this. Either way, here we go with the final faction that is going to be interacting with our character in Bloodlines 2. Whenever that all launches next year for the PC, PS4, and Xbox One. I am sure we will have the locked down here very soon with the upcoming events.

If I had to place money on it, I would assume that this is going to be one of the factions that we will be able to go to for all the lore and information out there in the world of Bloodlines 2. It is kind of what the clan involved is all about before you get into the video game arena of things. Not only that, but what we have kind of seen already in the gameplay from before. I could be wrong but I doubt that is the case here. It makes perfect sense that this would be the case where the other ones seems a bit off given the names and clans involved, but we just need to hope that Bloodlines 2 is going to be developed that way. It's the last but not least faction reveal, The Unseen. For as long as there has been a Seattle, there have been some that didn’t suit the Pioneers’ vision of a place made of art as much as brick, glass, and iron. The misshapen members of clan Nosferatu never had a chance to fit in. They were encouraged to stay out of sight: In the outskirts, the shadows and — as the city grew — its Underground.

“THERE IS ALWAYS TIME.” — The Council of Three

For more than a century, the Unseen have been led by the Council of Three — or "The Speakers" to the Nosferatu. These resourceful Kindred helped their people survive among the homeless and loners of the city. While the rest of Seattle’s vampires took pains to ignore them, these Unseen grew into a faction, began trading secrets… And grudges.

Today, the Council has left much of the Nosferatu’s operation to younger vampires more adept at gathering intel in modern nights. Where the Unseen used to be composed of thieves, frauds and homeless, they now also include journalists, engineers, and hackers. While the older Nosferatu are used to an existence of survival, the younger ones have begun to look for ways of making a mark on their city. The Unseen have been here for a long time, and they see everything. They’d be a potent ally to the vampires of any other of Seattle’s factions — if they can be found.

Did you expect this to be the final faction for Bloodlines 2 or were you hoping for something a bit more sinister out there to add a good twist to things? Do you think that we are going to see some of the darker factions or groups in the mix of the game or will they just be monsters to fight in the streets? Do you suspect that these will get modded after launch or will these be so locked in that it would break the game? Let us all know down in the comments and then feel free to discuss. When we have anything further to share for Vampire: The Masquerade — Bloodlines 2, we will share it all with you. Just be sure to keep checking back in here for it all.