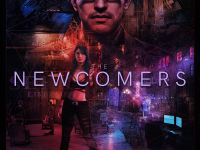 The next faction for Vampire: The Masquerade — Bloodlines 2 is here with the Newcomers bringing their own brand of darkness to the world of Bloodlines 2

Here we go with the fourth faction to be named and showcased for Vampire: The Masquerade — Bloodlines 2, and again it sounds more like a grouping of clan than an actual faction when it is boiled down. Maybe this is all by choice for Hardsuit Labs or just the way I perceiving it all as The Newcomers here are all about clan Tremere and little else. That would be the name of the faction and not a way to indicate that they are new in general. Well, maybe new to Seattle in Bloodlines 2 but now we are going down lines and threads we do not need to. All so we can just get a better idea of what these factions are and how they will provide something of use besides backstory in the game. We can all hope.

As I mentioned, The Newcomers are filled to the brim with the Tremere in Bloodlines 2, which makes sense as their leader is of the clan and the faction has a hold on the University District in the game. They are known to do that for their educational reasons. Given that they will let us in to feed and most likely research during the game, it all points more to these all being rivals that we will need to please in the game that will alter the course based on how much we do for each. Another thing that the tabletop game is known for and carries over into Bloodlines 2 here. Outside of this, there is not much else to go on, but we do have some nice new pictures and descriptions to go along with it all. Have a look and get ready for the final faction to drop soon. Up next, our fourth of five revealed Factions of Seattle, The Newcomers. The Tremere have been historically kept out of Seattle — until Prince Cross suddenly allowed them access to the University District territory. There’s endless speculation about where in Europe these Newcomers might hail from and why the Prince decided to take them in now.

“I realize that there are many in Seattle who will disparage you from associating with us. We’re a threat to their stability - the inevitable pressure that changes the way the city’s blood flows.” — Elif Parmak, right hand of Viktor Goga

The Faction’s charismatic leader, “Professor” Viktor Goga offers any vampire who would join him safe access to blood in one of the city’s richest hunting grounds, a spot in a rapidly progressing organization — and a promise of something greater. After all, it’s said that clan Tremere knows more about the true potential of Kindred blood than any other.

The Newcomers’ ranks have swollen with occultists, scholars, college students, runaways, and more than a few defectors from the other factions. Already, the Baron views the Tremere’s operation as his most dangerous competition. Though conflict is on the horizon, the Tremere’s star keeps rising. Alluring, confident, visionary; they offer opportunity and risk in equal measure.

Are you in agreement that this faction is poised towards a specific bent and clan or is it just the way it is described for now? Do you think we are going to have to constantly be pleasing all of the factions or will they give up quests while locking us out of others in the story? Could they all just really be backstory for the game and just characters and locations we visit without much more to go on? Let us all know down in the comments and then feel free to discuss. When there is more to share for Vampire: The Masquerade — Bloodlines 2, we will share it all here. All you need to do is keep checking back in for all of that and much more. We know there will be at least one more faction to drop out there…