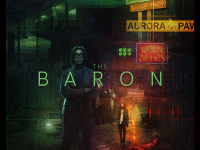 The third faction for Vampire: The Masquerade — Bloodlines 2 is here and we get a better feel for the Baron and what that means for Bloodlines 2

It has been a wait, but the third "faction" for Vampire: The Masquerade — Bloodlines 2 is here for us to all understand and shake in fear. I say "faction" here as it is all derived from one specific being and is more a network of beings forced into working for The Baron. I think Hardsuit Labs needs to rethink what is considered a faction or rename the whole things for the game. Either way, it looks like we will have our solid "underworld" and "mafia" style group here in the works for Bloodlines 2. If we get to play as part of it or just use them in the background is still up to be determined, though…

The Baron in Bloodlines 2 is just the name given to a mysterious figure that runs the streets and criminal element more or less. "He" keeps his power by having what others want and only offering it up if they are willing to do the work for it. It kind of sounds like a quest giver when we get into the nitty-gritty of how he will be used in the game. I have a sneaking suspicion that we will be seeing a Malkavian in a "Dread Pirate Roberts" kind of deal here, but I could be surprised. It is not like there are not other unnamed clans in Bloodlines 2 that would not better suit this style of power. Maybe that is part of the hint we are getting here? Up next, our third of five revealed Factions of Seattle, The Baron. No matter who you are, no matter what you did, no matter who you’re running from; the Baron has a job for you. Promotion and power comes quickly in his organization — if you can stomach the work.

It’s hard to know just how many vampires swear allegiance to The Baron of Aurora. In parts, that’s because very few of Seattle’s Kindred have actually met him. Acting through his lieutenants, he has taken in the city’s destitute, defiant and desperate, turning them into a ruthlessly disciplined force with hands in every shady deal.

“You’re in the game now son. Ever since the night you got bit. That’s just how it is now.” - Josephine, lieutenant of the Baron

It’s said that every Kindred faction had to turn to the Baron at one time or another to carry out some unsavory business. This has turned him into one of the best-insured and simultaneously most dangerous vampires in the Emerald City. Where a less prudent man might turn such capital into a bid for Princedom, he has so far been content to stay in the back-alleys of his turf, hoard favors, and brutally defend his business interests. Other Kindred often sneer at the Baron’s operation, which employs humans, ghouls, Thinbloods and vampires; thugs, drifters, smugglers, hitmen and gang members. Only the foolish mistake this for weakness: The people who bend the knee to the Baron may be the most dangerous force the city has to offer.

Did you expect to see a "faction like this in Bloodlines 2 or does it fit the setting perfectly for you? Do you think that there will be a carpet pulled out in terms of story or will we be the one that has to bring The Baron down? Could these all just be quest givers in the game and have nothing else to do with anything? Let us know what you are thinking down in the comments and then feel free to discuss. We still have two more factions and much more to come for Vampire: The Masquerade — Bloodlines 2. When it all comes, we will have it on the site for you. Just be sure to keep coming back for all of that and more.